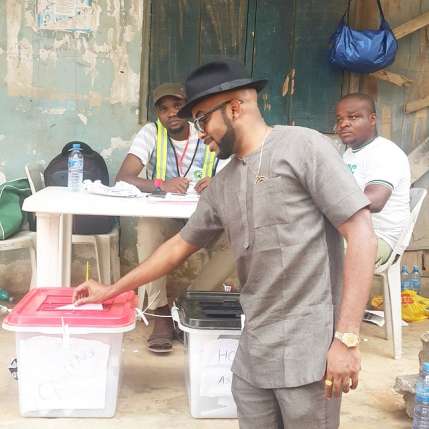 Chimamanda Adichie comments on finding a problem with men holding doors for women has gotten a lot of people talking including music star, Banky W who thinks it is ridiculous.

According to Banky W, most men hold doors for women because they are gently and romantic unlike the insinuation being portrayed by Chimamanda Adichie.

“Chivalry is done nit because women are a weaker sex, but because some of us want to be gentlemanly and romantic. Apparently, this is not ok to her, but to me, this is just reaching. I’m sorry but this is now getting a little ridiculous. To each his/her own, I guess. Ugh,” he wrote.

Apparently, a lot of people aren’t finding Chimamanda Adichie’s latest comments during her recent interview with Trevor Noah inspiring rather it is perceived to be inciting and would cause more divides between men and women.

Javier Hernandez Will Play Under Me – David Moyes

If A Man Buys Gift For Me, It’s Mine For Life – Laura Ikeji

Carl Ikeme At Peace In His Fatherland

I Was Not Popular In School – Khloe Kardashian