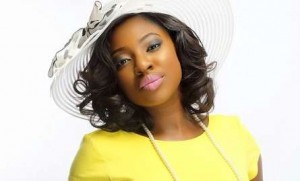 Reports said that the little toddler is a boy.

They were officially joined as husband and wife in a civil union in Lagos on February 8, 2017.

The couple’s first child is coming two years after the death of Abounce’s mum and veteran actress, Bukky Ajayi.

Abounce proposed to Yvonne on August 25, 2016 during her birthday.