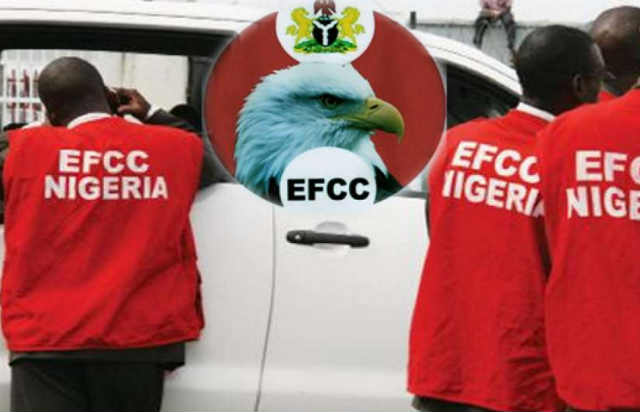 A driver identified as Chinwoke Onyedinazu was arraigned by the Economic and Financial Crimes Commission (EFCC) before Justice M. A. Liman of the Federal High Court sitting in Port Harcourt, Rivers State, for duping a Briton, Paul H., the sum of One Hundred and Eighty Two Thousand, Sixty Four Pounds, Ninety Nine Shillings (182,064.99).

He was docked on a nine-count charge bordering on obtaining by false pretense.

Onyedinazu was a former driver of Mr. Paul while he was residing in Nigeria. In 2014, Onyedinazu reportedly proposed a fish farming business to the Briton and the latter accepted the proposal.

He later relocated to his country but kept faith with the business idea of his former driver and transferred the sum of 182,064.99 Pounds (equivalent of N60,000,000 at that time) to Onyedinazu.

However, the driver never pursued the business proposed to Henderson but diverted the money into his own use.

Count one of the charge read:  ‘’that you Chinweoke Onyedinazu on or about 21st  day of October, 2014 in Port Harcourt within the jurisdiction of this honourable court, with intent to defraud deceitfully obtained the sum of Ninety-Five thousand Pounds (95,000:00) from Mr. Paul H. a British citizen, whom you obtained his money under false pretence that you were offered a contract of supply of fish to the Niger Delta Development Commission (NDDC), a pretext which you knew to be false and you fraudulently made it, with the intent that he may believe it, and he believed it and acted upon it as genuine, and you thereby committed an offence contrary to Section 1 (1)(a) of the Advance Fee Fraud and Other Fraud Related Offences Act 2006 and punishable by Section 1 (3) of the same law”.

He pleaded not guilty to the charges when they were read to him.

In view of his plea, prosecution counsel, C. A. Okoli, asked for a date for the commencement of the trial and that the defendant be remanded in prison custody. However, defense counsel, O. Wonah applied for bail for his client pending trial.

Okoli however opposed the bail application on the ground that the defendant had earlier jumped an administrative bail offered him by the Commission.

Justice Liman adjourned the matter to 27 October, 2016 for trial and ordered the defendant to be remanded in prison custody. [EFCC]

Five tips to make the benefits of working from home work...