“The Secretary-General is saddened by the passing of a champion of international justice and one of the main architects of the International Criminal Court,” said Ban Ki-moon’s Spokesperson, Stéphane Dujarric, in a news statement.

President Robinson is internationally recognized for his proposal, during the 44th session of the UN General Assembly in 1989, to create a permanent court to hear cases involving the international drug trade, which eventually led to the inauguration of the International Criminal Court (ICC), based in The Hague, Netherlands.
“The Secretary-General extends his sincere condolences to the Robinson family and to the Government and people of Trinidad and Tobago.” 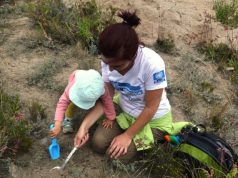 Did He!! Raheem Sterling Says ‘I Made The Right Decision’

I Am Ready To Adapt – Victor Lindelof

Panama to elect a new president amid close thee-way race