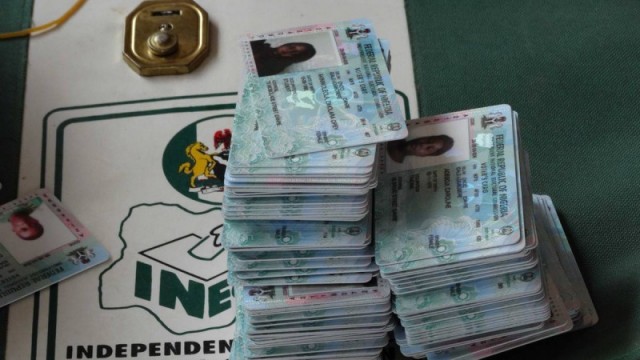 The pan-northern socio-political organization, the Arewa Consultative Forum, ACF, on Sunday expressed disappointment over the distribution of the Permanent Voters Card in some part of the North.

In particular, the umbrella body of the North noted that the distribution and registration of new voters being conducted by the Independent National Electoral Commission in Kaduna State, was of great concern to it.

The ACF through its National Publicity Secretary, Muhammad Ibrahim, in Kaduna, observed with disappointment and total dismay the distribution exercise of the PVC and the registration of new voters in the designated voting centers especially in Kaduna State.

Mr. Ibrahim noted that the exercise, which started poorly in Kaduna on Monday after several postponements by INEC and supposed to have lasted for three days, witnessed poor logistic arrangement as most of the polling units were empty with no INEC personnel to attend to the large number of registered voters, who came out to collect their PVCs.

According to the Forum, in some cases, names of voters could not be found in the displayed INEC list.

In the few polling units where the exercise took place, the ACF said many voters could not find their PVCs, noting that it was concerned that most eligible voters might be denied the chance to vote in the 2015 elections.

The ACF said, “In fact, the exercise was muddled up. There were logistic problems. There were no sufficient personnel to handle the exercise. Thousands of voters are yet to collect their Permanent Voters Card. This obviously would result in disenfranchising the voters.

“INEC should be reminded that the 2015 general election is critical to the democratic survival of Nigeria, therefore, Nigerians expect credible conduct of elections where transparency, justice and fairness shall be the hallmark of the election process, and this must start with transparent distribution of the PVC.

“It is the sole responsibility of INEC to conduct smooth and credible elections where Nigerians shall be free to exercise their civic responsibility by voting credible candidates of their choice without any hindrance. INEC must therefore provide the enabling environment.

“The performance of INEC in the distribution of PVC in Kaduna and other states, if not immediately checked and corrected, may result in many eligible registered voters being disenfranchised and this could seriously affect the 2015 elections process which may result in unpleasant consequences.

“In several voting centers in Kaduna South, Zaria, Ungwan Rimi, Doka, Barnawa, Rigasa and many other places, INEC personnel were hardly seen and where they were available, they had a few PVC to distribute and no materials to register new voters.

“ACF views with grave concern these inadequacies on the part of INEC in the preparation towards 2015 general elections and calls upon the commission to seriously re-examine its strategy of PVC distribution and registration of new voters and ensure that no eligible Nigerian is disenfranchised in this democratic process”.

Speaking in an interview with journalists at the commission’s headquarters in Kaduna on Saturday, Mr. Tambuwal said that so far, the commission had received about 95 per cent of the PVCs for distribution to about 10 local governments that had yet to receive theirs in the state.

Akin Alabi Blasts Portrait Of Himself On Social Media