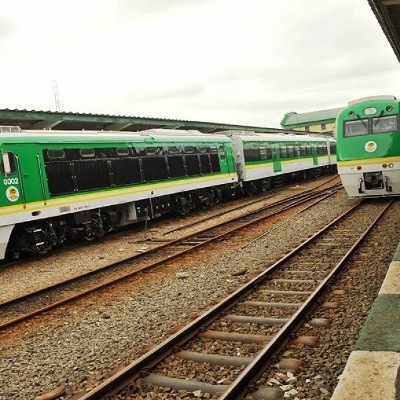 PORT-HARCOURT (Office of the Vice President Report)- At the flagging-off of the Port Harcourt-Enugu intercity passenger train and freight service in Port Harcourt lately, President Goodluck Jonathan represented by the Vice President, Mohammed Namadi Sambo said that as Nigerians with vision and zeal to transform the country to enviable heights, the administration has kept faith with Nigerians by fulfilling all the electoral promises.

He noted that the administration accords top priority to the development of infrastructure, one of which is the rail sector as a component of the Transformation Agenda as well as Vision 20:2020. Adding, in keeping with the transformation project, Government has initiated and articulated a 25-year strategic plan for rail development in Nigeria, in order to resuscitate and revitalize the railway which has suffered neglect for the past 30 years. He opined that the vision is to be implemented in three phases involving system transition, system modernization and system stabilization.

“As a synonym for change, the Transformation Agenda has been providing qualitative change as the administration has engaged in gradual and steady commissioning of landmark projects that will touch the lives of the people positively. The Administration has unbundled and privatized the power sector, changed the course of agriculture from a programme to a business, managed the economy such that it has risen to be the greatest in Africa and one of the largest in the world,” he iterated.

According to him, in addition to rehabilitating the rail network on both the Western and Eastern rail lines, the Federal government has procured a number of rolling stocks as well as refurbished a significant number of coaches and wagons.  He further disclosed that the exercise is a continuous one, averring that in May 3014, the President commissioned some diesel multiple units and 66-seater air conditioned coaches in Lagos.

He assured Nigerians that by January 2015, the Enugu-Gombe rail line would be completed as the construction of the Abuja-Kaduna standard gauge is at 90 percent completion. He indicated that while the Itakpe-Ajeokuta-Warri standard gauge is at advanced stage, the Federal Government’s determination to construct the coastal railway line is to connect the commercial city of Lagos with the oil producing States of the Niger Delta and the Eastern parts of the country.

Earlier in his remarks, the Governor of Abia State, Theodore Orji expressed happiness on behalf of all the Eastern Region States and commended President Goodluck Jonathan for bringing the railways back on track. He described as historic the fact that the railway has come back to existence to affect the people positively. He added that it will make transportation cheap for all categories of Nigerians.
On the question posed by most people about SURE-P money, he explained that the railway project is a proceed from the SURE-P money.

Others speakers at the occasion were: the Minister of Transport – Idris Umar, the Chairman of the  Nigerian Railway Corporation – Bamanga Tukur, the Chairman of SURE-P – General Martin Luther Agwai, the representative of the South-South and South-East Board Members of NRC – Austin Nwachukwu and the President of ESER West Africa Ltd which is the leading Turkish company handling the rehabilitation work in the Niger Delta area.
In his speech, Austin Nwachukwu noted that the company has experienced very difficult challenges in the course of the work, noting it was not deterred having been the first contractor to complete its work.

TechExecs State 88% of the Industry CIOs Pick Big Data as...

ACF Urges Jonathan, Buhari To Address How They Will Combat Insurgency,...