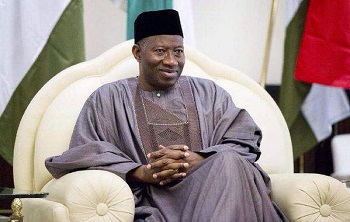 The Transformation Ambassadors of Nigeria (TAN) said that the country has proved prophets of doom wrong by the relative peace that followed President Goodluck Jonathan’s loss peacefully transit from one civilian government to another.

“We wish to congratulate all Nigerians for coming out victorious in the nation’s general election which started with presidential and National Assembly election on March 28 and Governorship and states House of Assembly election on 11th April,” a statement issued by TAN’s Director of Media, Mr. Afam Ilounoh said.

“Before the election dates, many doomsday seers and prophets of doom have predicted blood birth and violence before, during and after the elections. But we as a people have proved once again that we can actually live and solve our problems together without blood letting.

“The election has surely come and gone with winners and losers emerging at the various level of contest but the overall winner is Nigeria and Nigerians who went through the poll with a sense of duty toward the survival of our great nation.

“We would like to call on those who emerged victorious to be magnanimous in victory by extending the olive branch to those who lost at the polls. Those that are not very fortunate this time around should also imbibe and exhibit a true spirit of sportsmanship knowing fully well that tomorrow is another day.

“TAN is particularly excited that Nigeria has proven to the advanced countries of the world that the black Africa nations are not just about bad news and that there is indeed something good coming out of the dark continent.

“Nigeria has indeed shown the light and it is our expectations that the other countries in Africa that will be going through elections from now on would borrow a leaf from us and conduct themselves in a peaceful and orderly manner as seen in Nigeria,” Ilounoh said.

There Is Hardship In Yobe State – Zarau Gulani