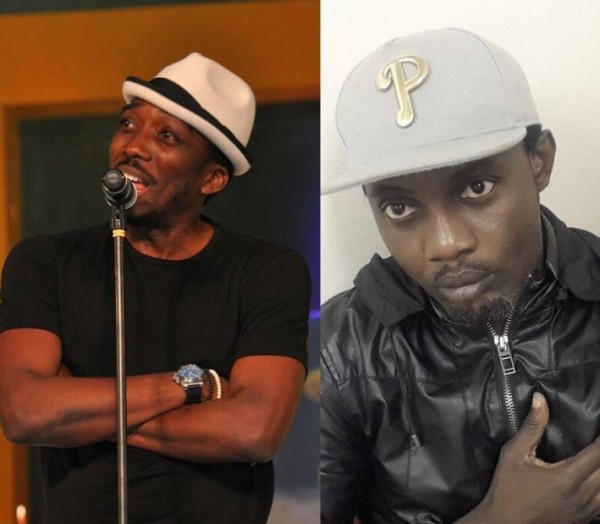 So, I have resurrected my “The Dirt” series by uncovered one major “dirt”. The dirt is basically, reading deeper meanings into things our celebs say which they don’t make clear enough ..

There seems to be a silent beef brewing between Bovi and AY …Bovi shared a video from 8 years ago and while I didn’t understand the caption at first, reading through the comments, it was clear the caption was in reaction to AY’s skit promoting his event.

In Bovi’s version told 8 years ago, Bovi narrated that, a security man had to headb*tt his boss’s daughter because the boss had earlier told him to use his head to prevent the daughter from going out …

In AY’s version, he tells his security man to use his head in a bid to top his girlfriend from visiting him during his date with another. When the security man asks how to prevent her from gaining entry, AY says “Use your head” When the girl comes, the security man headb*tts her ..

Bovi’s fans agreed the skit was a rip off of Bovi’s intellectual property. And others argue that , though comedians borrow jokes, using it as a skit is another thing entirely..

Zamalek through to group stage of caf champions league

Ajimobi Becomes First Oyo Governor To Be Re-elected In History