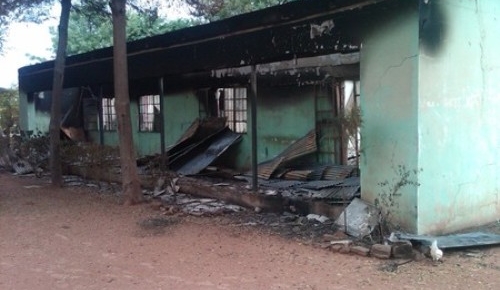 The Yobe Government said it has refurbished over 300 classrooms and provided infrastructure in schools destroyed by insurgents across the state “to avoid gaps in the system”.
The Director of Press to the State Governor, Abdullahi Bego, said this in an interview on Tuesday in Damaturu.
Mr. Bego said the state government had made education and health care a priority that would receive major intervention in the next four years.
“About 3,000 teachers have been recruited and posted to schools across the state to boost manpower requirement to improve the standard of education in the state.
“The state government has committed enormous resources in rehabilitation and provision of instructional materials to primary and secondary schools to ensure that communities whose schools were destroyed by insurgents get back to school.
“Similarly, government has provided resources to the tertiary institutions to ensure full accreditation of courses offered by the tertiary institutions and, I am glad to say that 98 per cent of courses offered by the State University have been fully accredited and recognised”, he said.
He said the College of Education, Gashua, has received similar support and was producing over 1,000 NCE and 100 degree graduates fully qualified for teaching in schools.
“The state government had diligently absorbed 15,000 university, HND, OND and NCE graduates under the Youth Empowerment Programme, while unskilled youth were trained in various trades and settled with working tools and take-off grants after graduation for self-reliance.
“The Gaidam Administration achieved all these, including prompt payment of salaries through financial prudence and, without seeking bank loans at a time when many states could not even pay salary”, the director said.
He also said that the state government had completed the construction of a 200-bed capacity ultra-modern hospital in Damaturu to serve as a referral hospital that was being provided with state-of-the-art equipment.
“Similarly, new wards and staff quarters have been constructed at the state Specialists Hospital,while those in Potiskum, Gashua and Geidam would be totally rehabilitated”, he said.
Mr. Bego said the state government had recruited over 300 nurses to boost manpower requirement in health institutions and implemented CONMESS and CONHESS salary scales for doctors and nurses. (NAN)

PDP Defectors Not Welcome In Our Party – APC

A first for Tanzania: Dar es Salaam to host The Economist...

17 Haitians dead as migrant boat capsizes off Turks and Caicos