Manchester United’s kit manufacturer Adidas has added to the criticism of Louis van Gaal by implying his style of play is unattractive.

The German sportswear company signed the biggest shirt deal in football history when they agreed a 10-year, £750 million contract with United last summer.

The Dutchman’s team have only scored 12 goals in their last 15 games, and Adidas CEO Herbert Hainer admitted they had hoped for United to play a better brand of football.

However, the company said that sales of United replica kits have surpassed their expectations, leaving them pleased with the commercial element of their partnership — if not the football.

“We are satisfied, even if the current playing style of Man United is not exactly what we want to see.”

United have only scored four goals in their last six league games and have had seven 0-0 draws in all competitions already this season, six of them at Old Trafford.

United fans have regularly chanted “attack, attack, attack” at the team while they slowly build from the back.

And former United midfielder Paul Scholes described the football on display at Old Trafford as “boring” earlier this season.

The statistics back up Scholes’ criticism, with the 15 goals scored at Old Trafford this season the lowest total of the 92 league clubs.

But the mood within the club seems to be one of positivity after they returned to winning ways with a 2-1 victory over Swansea on Saturday. 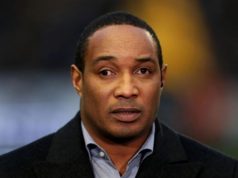 Ibinabo Fiberesima’s Son Graduates From The University of Southampton

Wait Till After Elections, INEC Tells Abia Residents Without PVCs

The Decision On My Future Will Be Known Soon – Wenger