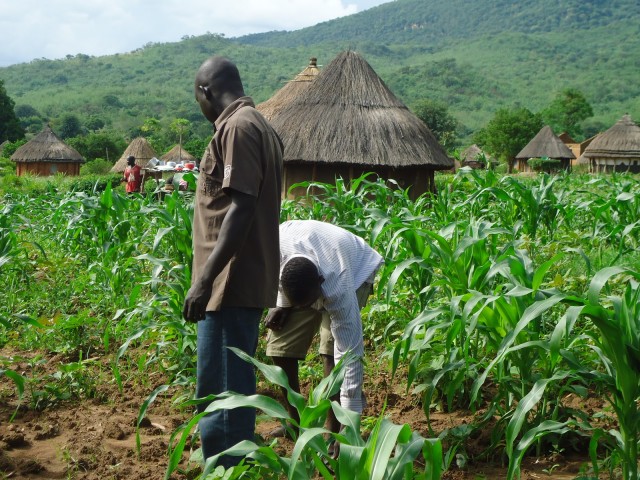 A Senior Lecturer in the Department of Agricultural Extension and Rural Development at University of Ibadan (UI), Dr Idris Badiru, says dry season farming yields more money to farmers. He told our correspondent in Ibadan yesterday that farmers get more returns from less effort in dry season.

The Agricultural Extensionist said that the crops planted during the dry season (between November and March) are usually vegetables and maize sometimes, stressing that the products are always fresh and healthy.

Badiru emphasised that planting during the dry season pays more to farmers as the vegetables are usually more expensive and neat unlike the ones gotten in rainy season.

With dry season farming the products can grow throughout the year because ordinarily at that particular time of the year, people don’t normally cultivate. The practice is virtually the same with that of rainy season, just that farmers will water the crops themselves. They should do the normal land clearing, till the soil, do some weeding after all and also apply insecticide to control pests and diseases,” he said.

Dr Morufat Balogun, a Principal Lecturer at the Department of Crop Protection and Environmental Biology, University of Ibadan, said vegetables especially pumpkin (ugu) could be gotten very fresh when grown out of season.

Balogun noted that farmers can plant in close containers like pot, saying that it requires no labour as they will not need to water it too often.

Also, they will not have to weed often in this case because when they put soil in the pot, the first set of weed that normally comes out is not likely to come again like in the case of the one planted directly
on the soil.

Farmers can also use hydroponics system whereby you put water in a container but the water will be nutrient (it can be fertiliser solution), you now have a substrate that absorbs little water.

The substrate will enable the plant to be swimming on top of it. There is also aeroponics system which also requires no labour and the products are always very good and fresh,” she said.

The Geneticist emphasised that a farmer depending on the capacity can chose any of the systems, stressing that access to information on the technologies is important.

She further explained that planting around the riverside is better and cheaper as the farmer will not need to pump/pour water on the plants and there will be enough water for cultivation in dry season. [NAN]

Statement attributable to the United Nations Resident and Humanitarian Coordinator in...

I Congratulated APC For Embarking On The Congresses Against All Odds...

Oyedepo Calls For Active Participation Of Christians In 2015 Elections