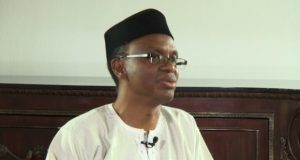 Kaduna State Governor, Malam Nasir Ahmed Elrufai has said that a rise company, Stallion Group is to build a 10,000-hectare farm and mill in the state.

According to the governor, the plant would be built in the Southern part of the State to reduce dependence on imported rice.

“There are other rice farms and mill projects being implemented by many firms to utilize our zero-interest loans around the CBN Rice Anchor Lending Programme,” Elrufai said during a town hall meeting in Saminaka.

On the security challenges in the state, the governor said security agencies have better vehicles and improved communication infrastructure to respond to the threats.

“Our internal security team, Operation Yaki, has been active in raising black spots and preventing crimes, while responding more rapidly to instances of robberies and other threats to lives and property. While thanking the security agencies for their efforts and service to our state, we ask our religious and community leaders to continue to preach peace and unity “El-Rufai said.

“The current APC government believes that every resident of Kaduna State is entitled to security, safety and progress. Let us keep marching together to make Kaduna great “El-Rufai added.

How Herdsmen, Farmers Clash Can Be Averted By Governor Nyako