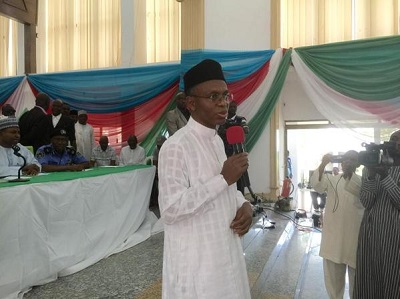 He posted, “Once again, Obasanjo’s Messiah Complex manifests itself. The only Saint in Nigeria.”

The post led into a war of words between him and Reno Omokri, aide to former president, Goodluck Jonathan.

Omokri responded to Bashir’s tweet by noting that Obasanjo aided his father’s political career to which Bashir said was none of his business.

Omokri later called Bashir out for his disrespect in another tweet, calling Governor El-Rufai a “serial betrayer and Buhari’s house boy”.

Rivers APC urges Wike to follow the Footsteps of Fayose and...