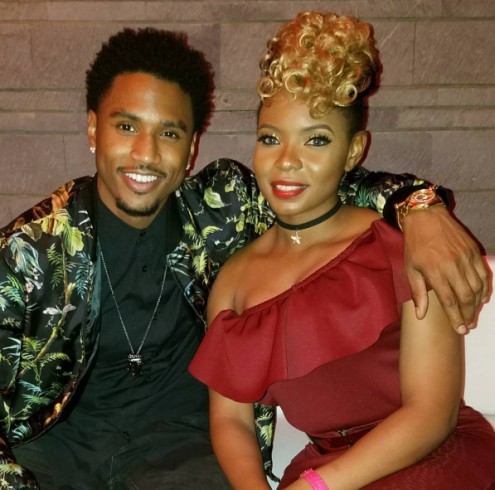 Yemi Alade has stated that she is at the same level as the likes of Wizkid and Davido and anyone who thinks otherwise can go ask the show promoters who have all the numbers.

In an Interview on Hot 98.3 Fm, Yemi Alade spoke on a number of topics ranging from happenings in the country, adjusting to stardom and comparisons within the music industry.

The Mama Africa first came to prominence when she emerged winner of the Peak Talent Show in 2009, but she really hit the limelights with the release of Johnny in 2013, which elevated her into a household name, so when asked about how she has dealt with the fame and recognition that has since some her way, she replies;

”I have not adjusted, I have just adapted, because I don’t think this growth involves me changing who I am, that is like the most important thing, it used to be difficult but not it is my way of life”.

Yemi Alade is one of the busiest African artistes as she recently concluded the European leg of her Black Magic tour, which saw her transverse major European cities, with a successful grand finale concert in Netherlands.

Speaking on the message she tries to pass at every opportunity to perform outside the continent, she says;

”I just concluded my 13 cities European tour and the turnout was amazing.

I have pretty much been touring for over three years, it’s a big privilege for me… For me now, I think it is beyond the music, I think people also come out for what I stand for, the fact that I stand for Africa unapologetically and originally as I can.”

The successes of Wizkid and Davido, performing at sold out concerts globally have been well documented and publicized, while that of artists like Yemi Alade, despite also shutting down major events rarely gets equal mention, but the comparisons do not bother her as she believes there is really no number one.

”What I have done with this kind of career that puts you in the limelight and keeps you vulnerable to everybody’s opinion, is I just have to make sure my opinion is paramount, it is number one…

So there is no number one, and that is the truth but not everybody will agree to that, people will say Yemi shut up but that is the truth.. why don’t we go ask the promoters, the people who know the numbers?”

Healthcare Providers Weigh In on InterSystems HealthShare in KLAS 2014 HIE...

I Challenge Buhari To A Debate – Oby Ezekwesili