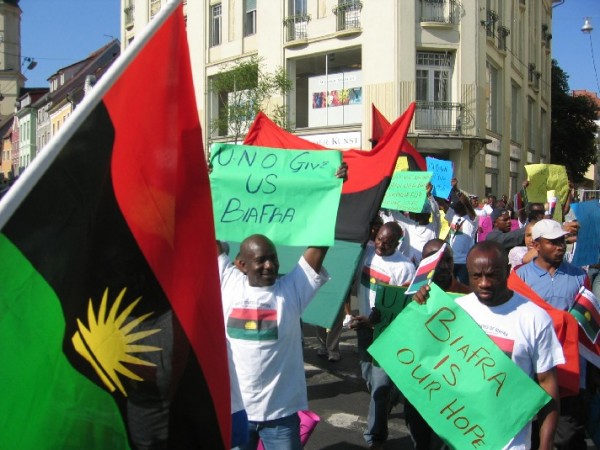 The Movement for the Actualisation of Sovereign State of Biafra, MASSOB, has asked its members to be focused and law-abiding, as the group is on track to make the dream for the sovereign state of Biafra, a reality.

MASSOB also hinted they will achieve their aim with no war.

Revealing this in Calabar in a marked departure from the yearly processions and rallies around cities and towns in Cross River and Akwa Ibom States, MASSOB, held seminars to sensitize members of the public on its non-violent campaign agitation for a Biafra state.

“You cannot kill and destroy the people and land you want to develop so Chief Uwazurike decided on a non confrontational agitation for the actualisation of a Biafra nation where equality will be the watchword.”

Infinera Appoints Marcel Gani to Its Board of Directors

I Do Have Involuntary Arousal On Set – OC Ukeje