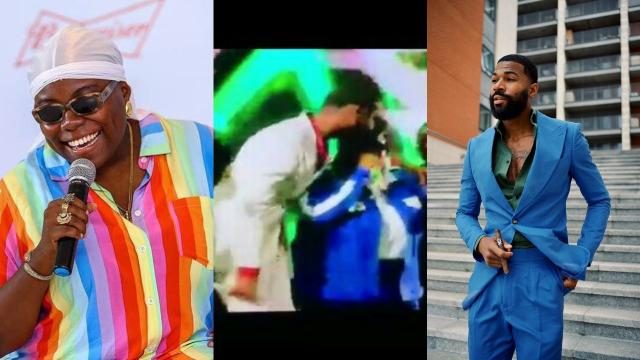 Popular singer and CEO, Banky W has officially announced the signing of the 1st runner-up of the just ended BBNaija Pepper Dem Season, Mike and his beau, Perry Edwards to the management division of Empire Mates Entertainment (EME).

The popular actor added that Mike is actually one of the most focused housemates ever in the history of the show.

His words, “#ManlikeMike – @aireyys is unquestionably one of the most focused housemates EVER in the history of #bigbrothernaija.

Even BEFORE he got on the show, he was an ambitious and accomplished athlete and Businessman – with his stellar line of Beard Oil, Caps and @aireyyscigars (first black owned cigar company in the UK).

Proud of the classy way he carried himself during the show, and excited to be partnering with him and his incredible wife @itspsd on their vision and plans going forward.

Glad to announce that Mike has signed to @theofficialeme_’s management division. Welcome Mike and Perry to the family!!! Thank you for trusting us. We will build something special together by God’s grace.”

It is all kinds of praises since Mike got out of the house.

Remember that, yesternight, Teni called the cruise master to join her on stage for the performance of the hit song titled “Case,” that Mike really loved while he was in the house.

The Federal Government Is Behind Fuel Scarcity – Fayose

I Will Not Be Distracted – Nasir El-Rufai