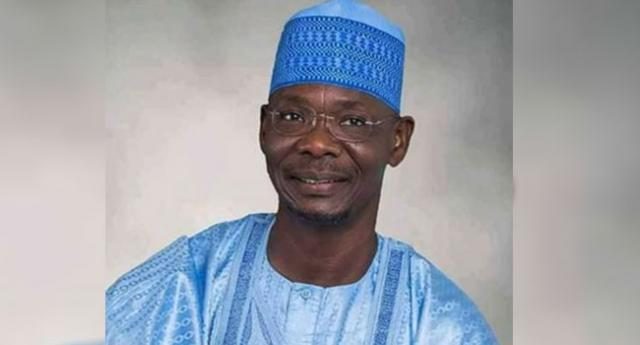 Nasarawa State governor, Abdullahi Sule has asked for the support and prayers from the people of the state to help him deliver good governance.

Abdullahi disclosed this yesterday in Akwanga at a reception in honor of four illustrious sons of Mada who had served the state and Nigeria in several capacities.

According to him, he needs the backing and prayers of the people of the state for him to deliver democracy.

His words, “Elections are over; it is now time for governance; we must come together, irrespective of our affiliations, to develop our state.

“I need your support, prayers and advice to succeed in providing the much-needed dividends of democracy to the people.”

Engineer Abdullahi Sule (born December 26, 1959) is a Nigerian entrepreneur, businessman and politician. He is the Governor of Nasarawa State in the 2019 Governorship election under the platform of the All Progressive Congress (APC).

He was born on December 26, 1959 in Gudi Station, Akwanga-West Development Area of Nasarawa State.

His early schooling was at Roman Catholic Mission (RMC) Primary School, Gudi Station in 1968. He then entered Zang Secondary School in 1974 and later Government Technical College, Bukuru in 1977. After his secondary education, he went to Plateau State Polytechnic, in Barkin Ladi in 1980. He then left Nigeria on a scholarship to study at Indiana University, Terre Haute, Indiana, where he obtained a Bachelor of Science in Mechanical Technology and a master’s degree in Industrial Technology.

Returning to Nigeria in 1985, Sule served as a youth corps member with Plateau Utilities Board. He later joined the Jos Steel Rolling Mill in 1985 as a Production Engineer. Returning to the United States in 1989, he worked for several companies (Lancer Corporation, OEM component and Osyka Corporation among others) before returning to Nigeria in 2000. On his return to Nigeria, he co-founded Sadiq Petroleum Nigeria Limited in Lagos and was made the managing director/CEO. Under his leadership, the company won a bid to acquire African Petroleum (AP) Plc and he became the CEO of AP in 2001.

He won the gubernatorial primaries for Nasarawa State of the All Progressive Congress on October 1, 2018.

On March 10, 2019, Engineer Abdullahi Sule was declared as the Governor-elect of Nasarawa State at the 2019 Governorship Election which held on March 9, 2019. He was sworn in as governor of Nasarawa State on May 29, 2019.

Obasanjo: Akunyili Was One Of The Jewels In The Glamour Of...