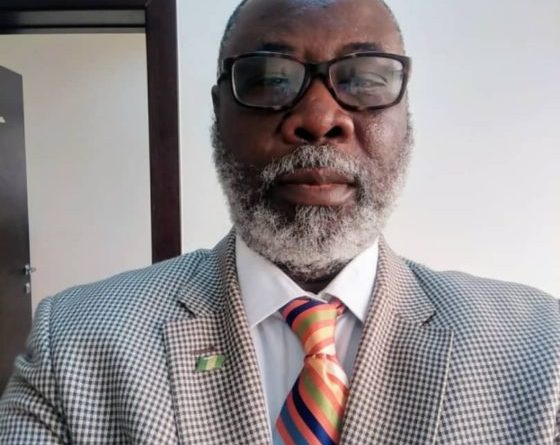 Joseph Abakederemo, convener South-South Reawakening Group, a socio-political and Think Tank for the Niger- Delta region has come out to talk about regional security in Nigeria.

Joseph believes regional security is not healthy because it will only keep creating controversies that can be avoided in the nation.

According to him, our police should be enough to tackle insecurity if they were not short-staffed, corrupt and deprived of modern-day technology that can curb crime easily in the country.

He added that there are several security outfits in Bayelsa, but still, the insecurity persists and is even getting out of hand.

His words, “It is not healthy, people have been speaking, it has generated a lot of controversy. It is something we have to avoid. I don’t want to be a proponent of regional security outfit. Even the ones governors are creating have not been helpful.

For me, corruption is at the root of all this. The Nigerian Police are short-staffed. We still rely on the conventional way of fighting crime. Training for manpower is weak. The Police don’t want to think outside the box. Modern-day technology to track crime are lacking in the Police and other security agencies We begin with the Nigeria Police on internal security and at some point, the President can bring in the army.

“You find two, three hilux trucks loaded with soldiers escorting one person. The escorts are not for free, they are paid for. I know situations where the beneficiaries pay as much as one million naira a month to the ogas in the office. Not to talk of the oil companies down South-South enjoying this too. You cannot find this in any other country except in Nigeria. I have travelled to many cities, I have not seen soldiers, and Police providing security this way for private individuals.

So I come back to the question, who gives account for this money the Army and Police get for providing security for individuals? Do they pay the money to the federation account because they are institutions funded with taxpayers money? The answer is no, it goes into private pockets and the money is shared. This money runs into billions of naira every year. You see security men lobbying to be posted to the houses of individuals. They say they get free food, get some allowances from the ogas they protect; and have time to relax. At times you hear them say” that man I worked with takes care of somebody well, this other guy is not good”.

So where will you find commitment for the job? I know a contractor in Port Harcourt, he goes about with two hilux trucks of soldiers and he refers to the soldiers as “my dogs.” What do you expect to happen in this scenario? Corruption is at the root of all. You hear a Divisional Police Officer, DPO when he leaves office, he says he has built shopping mall everywhere. It is also here you hear a police Commissioner retiring from office saying he has housing estates scattered everywhere. Where do they make the money from? Are you telling me, a Policeman in County, New York, Huston or Florida, a Sheriff in a County which is about the rank of a DPO will leave office and begin to flaunt properties he acquired in office?

How will he explain it? It is only in Nigeria you see Police Sergeants, Army Corporal acquire properties while in office, nobody ask questions. So where do we draw the line? They have abandoned the functions of their job to pursue private wealth.”

“When the Amotekun thing came out, the former governor of Bayelsa State, Chief Seriake Dickson said he supported it. He too had created five security outfits in Bayelsa. Have they solved any crime in Bayelsa? You see how cultists operate everywhere, the sea piracy is high, pipelines are still being vandalized, people are killed everywhere, you see corpses on the roads in Bayelsa. So this security arrangement is not a solution. This was how they shouted in support of Civil Defence Corps, what has happened? The way forward is to restructure the Nigerian Police force.

If the Police is structured we won’t need the army on our roads who are also collecting money. There must be checks, people must face the law for any crime committed. Whether you are Inspector General of Police, IG, DPO, Commissioner, making the law run its course is the issue that will bring sanity to the system. Don’t they have hunters in the South-West they called Agbekoya? What have they done differently? In those days, we knew what we called CID, if somebody pointed a CID to you, you had goose pimples. They sit in beer palours, motor parks for information.

Release of report Central African Republic: "They must all leave or...

Evans Leads Police To His Detention Houses In Lagos