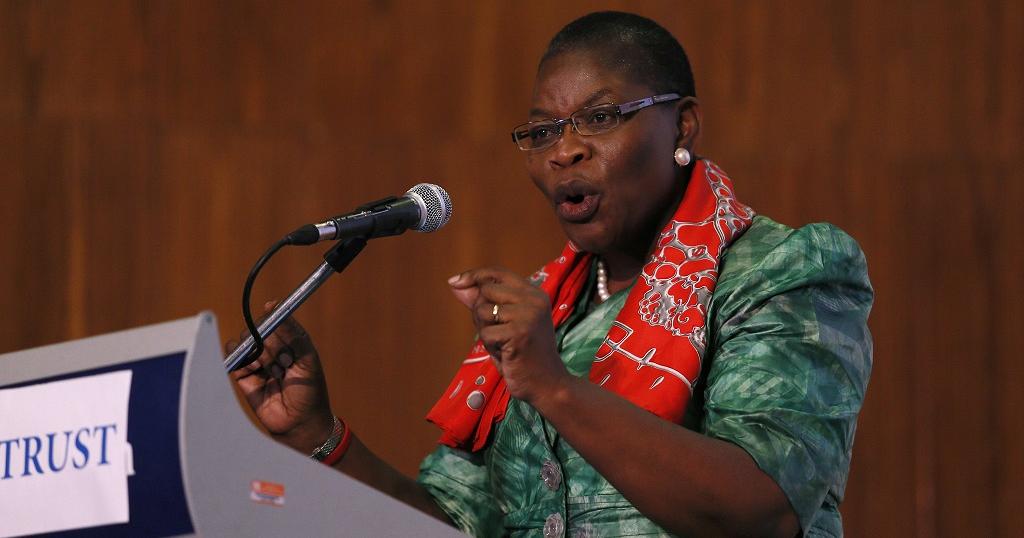 Dr. Obiageli Ezekwesili has come out to say that China must pay for the damage coronavirus has caused Africa.

Ezekwesili recently came out to say that Nigeria and other African nations are struggling to respond to the disruptive effects of China’s failure to take responsibility for a pandemic that could have been easily contained.

According to her, because Beijing failed to adhere to basic scientific and research transparency in the critical early days of the COVID-19 outbreak in Wuhan, the nation has to take full responsibility with complete humility.

She added that any demand for accountability and payment of penalties from rich and powerful countries for damages done by them to vulnerable countries is absolutely legitimate.

Her words, “In their prickly reaction to my April 16 Washington Post #ChinaMustPay article (a response published in the Guardian Newspaper of May 3, 2020), the government of China through their Embassy in Nigeria missed the opportunity to responsibly address the serious issues raised.

I must repeat that Africa deserves to be paid a compensation for the damages COVID-19 pandemic is inflicting on lives and livelihoods.

Unfortunately and unfairly, my country, Nigeria, is one of fifty-four countries in Africa that are struggling to respond to the disruptive effects of China’s failure to take responsibility for a pandemic that could have been easily contained and localized to avoid the ruin it has caused our continent and the world at large.

Since Beijing failed to adhere to basic scientific and research transparency in the critical early days of the COVID-19 outbreak in Wuhan, it must accept responsibility with humility.

Therefore, a legitimate demand for accountability and payment of penalties by rich and powerful countries for damages their behaviors do to vulnerable people ought not to attract the kind of sour response China released.

READ  There’s No Need For Bloodshed During Edo Elections – Obaseki

There are six points that authorities in Beijing ought to humbly consider.

First, it is now clear to the world that China’s opaque handling of the pandemic is costing my country, our continent and people too much in lost lives and livelihoods. The unjustified suffering of the poor and vulnerable brought on by the actions of a comparatively rich and powerful country demands a new system for addressing global inequities.

I maintain that information in the public domain points to the fact that China suppressed vital information from the rest of the world on COVID-19. The burden to present convincing counter-factual information lies with China and, so far, it has failed to do so.

Second, I assert again that China owes Africa yet-to-be-estimated compensation. Its acts of negligence in December and early January resulted in a fast-spreading global pandemic that collapsed the continent’s economic growth from 2.9% in 2019 to negative 5.1% in 2020.

Most importantly, China should, in the interim, take responsibility and ease the severe fiscal pressure on our countries, by announcing a cancellation of over $140 Billion in loans its government, contractors and banks have advanced to Africa over the last two decades.

Following this debt cancellation, an international consortium made up of the G20, China, Africa Union Commission and global institutions like the United Nations, World Bank and IMF should be constituted to assess the full extent of damages and the compensation due.

Third, Chinese authorities should know that we are Africans who are not lackeys of any power. Laying a baseless charge of “dancing to the tune of others” to an African reveals an appalling mindset toward our continent. It may in fact be this same sort of attitude that frames the extremely offensive profiling of Africans who are resident in China.

We do not dance to the drumbeat of any country or any continent — our sole tune is the African Beat.

Fourth, the spirit of transparency ought to be in China’s own interest. It is intriguing that Beijing has so far failed to embrace my suggestion to allow an Independent International Panel of Experts to review and assess China’s handling of the COVID-19 pandemic. Why? Is China afraid of full disclosure that can help the world learn vital lessons on how to manage global threats and risks better?

Fifth, this global New Normal requires faster prevention of cross-border risks and threats. The best antidotes to minimize global negative externalities that harm the weak and vulnerable are absolute transparency and removal of information asymmetries by countries.

As part of this New Normal, the global community has a duty to learn and correct past failures to penalize bad behavior. My #ChinaMustPay article is a call therefore to innovate global mechanisms that compel countries to start now to do the right things whenever risks and threats emerge.

Innovation is what China rode on to economic greatness. What then is wrong with asking for such as a legitimate part of our global New Normal?

Sixth, it should be in China’s historic and conscientious national interest to prevent future exploitation of vulnerable countries by economic superpowers. I did acknowledge previous global risks that similarly emanated from other rich and powerful countries and injured Africa’s economic growth and development.

I find it hard to believe that China, given its history and experience with colonial mistreatment, would want this cyclical pattern to continue. Do the authorities in Beijing really want Africans to simply accept harmful actions of rich and powerful countries?

The United Nations Economic Commission for Africa in an April 2020 report on coronavirus pandemic stated that “over 300,000 Africans may lose their lives due to COVID-19.”

According to the Africa Union Commission, the coronavirus is already collapsing many economies in Africa and worsening poverty. Already, the livelihoods of hundreds of millions on the continent, especially children, young people and women are already lost to the damaging economic disruptions caused by COVID-19.

The IMF calls the impact of the pandemic on Africa as “the worst reading on record”. It went further to state that Africa’s “Fiscal space is limited, and fiscal financing needs to address the crisis are large – at least $114 billion for this year”. International rating agencies have massively downgraded the credit ratings of African countries making investors more skittish.

I proposed a penalty system in the form of a Global Risk Burden Tax that will from now be payable to weaker and more vulnerable countries and their people whenever forced to bear a disproportionate burden from preventable global risks that emanate from rich and powerful countries.

Such penalty tax would also serve as a disincentive to prevent the kind of unbecoming actions and decisions that escalated the spread of the deadly virus out of Wuhan.

China must know that where our lives and livelihoods are concerned, no country, regardless of how powerful it may be, can intimidate us Africans ever again.

Beijing should do the right thing now and accept the debt it owes Africa as a result of its failures on COVID-19. That is how responsible world powers should behave in the 21st Century if they are to be taken seriously.”

Nigerians Voted Buhari Because He Is Incorruptible And Fearless – Shagaya