No fewer than three Governors elected on the platform of the ruling All Progressives Congress (APC), has visited former Governor of Oyo State, Senator Rasidi Adewolu Ladoja. 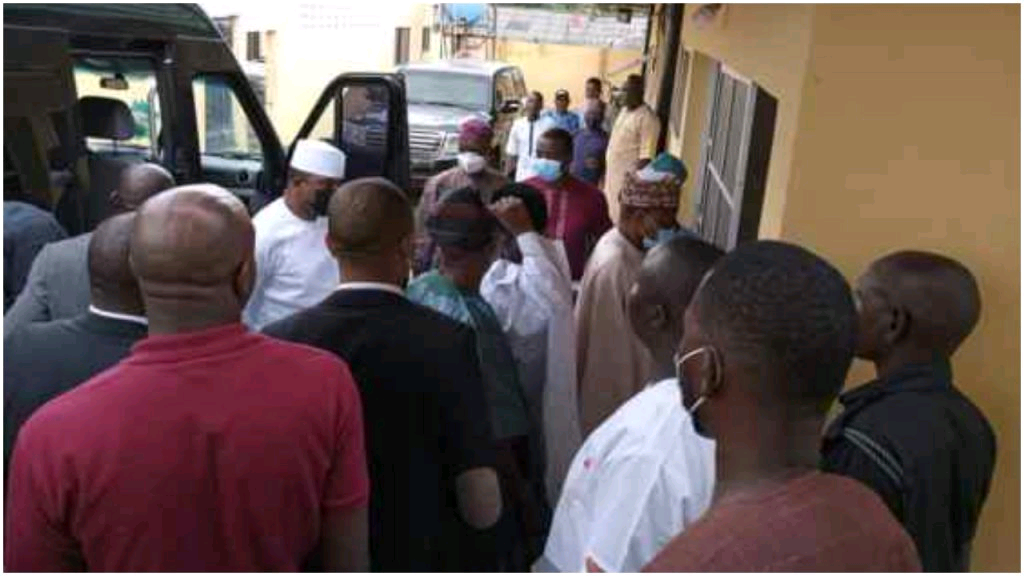 The three governors include Abubakar Badaru of Jigawa, Atiku Bagudu of Kebbi and Mai Mala Buni of Yobe.

The governors were seen at the Ondo Street, Ibadan residence of the former Governor, Sunday afternoon.

Also on the entourage were the former Speaker, House of Representatives, Hon. Dimeji Bankole.

Our correspondent reports that the delegation was ushered into Ladoja’s residence by some of the lieutenants of the former Governor.

The delegation, however, went into a closed door meeting with the former Governor.

The meeting lasted for less than one hour.

Though details of the meeting have not been made official, there are indications that the meeting is connected with the position of APC in 2023.

Sources told the media that the Governors were at Ladoja residence to woo him to support APC in 2023.