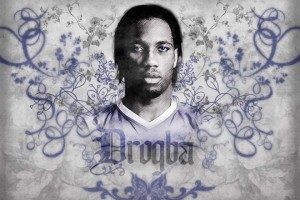 Adebayor’s arrival at Palace on Tuesday has spurred him to aim for the all-time scoring record, saying that despite not having played competitive club football since May 2015, he is fit and ready for the challenge.

However, with 15 top-flight matches left to play this season for Palace, the 31-year-old is confident that he can close the eight-goal gap between him and ex-Ivory Coast striker Drogba.

Former Tottenham player Adebayor said: “If I can beat the record it would be the best thing that’s ever happened to me in my career, if not I will still be happy. The most important thing as a striker will be to score goals.

“Is it going to be hard? I don’t think so. I just have to get out there, play my football and enjoy myself again.

“Hopefully I can bring more experience to Palace and achieve what they want to achieve.”

#Nigeria > Asset Declaration: President Buhari Can No Longer Pretend To...