LUANDA, Angola, September 18, 2013/African Press Organization (APO)/ — The new Executive Director for Angola, Mozambique, Namibia and Zimbabwe of the African Development Bank (AfDB) (http://www.afdb.org), Mr. Rafique Mahomed, is undertaking his inaugural visit as Executive Director to Angola from 16-19 September 2013. During the visit, he held the first meeting with Hon. Dr. Job Graça, the Minister of Planning and Territorial Development who is the Bank Group Governor for Angola, to discuss the recent socio-economic development efforts, progress in the implementation of Bank Group’s financed projects, and new areas of cooperation, which include the ongoing dialogue for Angola to become an ADF state-participant.

In addition, other meetings were held with project coordinators of Bank Group-financed programs in Angola. The Executive Director urged improvements in project implementation performance; particularly the disbursement and quality of project outputs. Exchanging views with staff of Angola Field Office (AOFO), he reiterated the importance of the ongoing Bank Group reforms, especially the decentralization roadmap, which should be perceived as a vehicle to improve quality in service delivery to the Regional Member Countries. More importantly, he stressed that in order to address the local demands of its stakeholders the Bank Group was undergoing significant structural transformations that would enhance competitiveness as a partner of choice in Africa. In this regard, the Executive Director commended AOFO for the efforts made in the preparation of the Country Strategy Paper (CSP) Mid-Term Review. Nevertheless, in admitting the prevailing institutional fragilities in Angola, he underscored the need to use the CSP review process as a benchmark to redefine Bank Group’s priority areas of assistance, and to consequently improve the quality of country dialogue through the use of Bank Group’s knowledge to boost inclusive growth and structural transformation.

The AOFO Bank Group Resident Representative, Mr. Septime Martin, welcomed the visit of the Executive Director, which he qualified as timely given the current context in which the country is striving to promote economic diversification and inclusive growth. In its relentless efforts to bring the Bank Group programs and operations closer to its stakeholders, the AOFO Resident Representative cited the recent acquisition of property to house the Angola Field Office, as well as the ongoing concerted efforts to build a robust pipeline of projects aligned with the Government’s National Development Plan and the Public Investment Program. Last but not least, the Resident Representative highlighted the challenges faced in finding adequate human resources within the country, a situation that might gradually improve with the use of available expertise and skill-mix from the Bank Group Southern Africa Regional Resource Centers, Pretoria, (SARC) and the Mozambique Field Office (MZFO).

Distributed by the African Press Organization on behalf of the African Development Bank (AfDB). 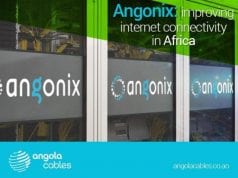 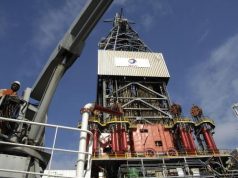 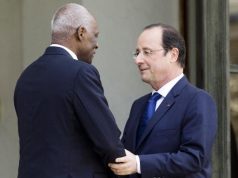