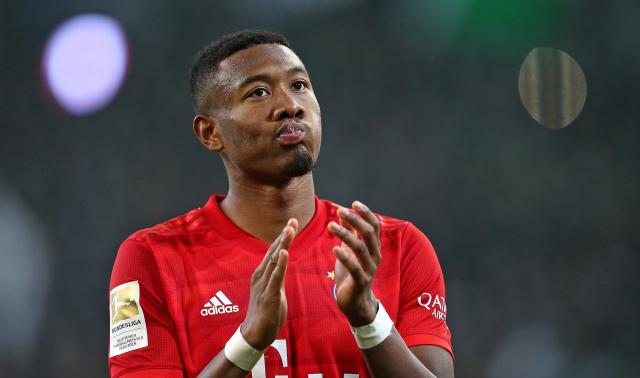 Bayern Munich head coach, Hansi Flick has come out to say that a new contract for David Alaba is no issue for the club at the moment.

He recently revealed that he is focusing on his team’s top-of-the-table clash with RB Leipzig on Saturday.

According to him, Bayern Munich has a game every three days this season, therefore there is no time to concentrate on contract sagas when there is a game every other day.

He added that the game vs Leipzig will be tough because Julian is a top manager with lots of amazing players.

On Leipzig, “Leipzig have developed tremendously,”

“Even before I was at Hoffenheim, I knew that Julian was a top coach.

“Leipzig play forward very quickly and are very variable. The idea of their football appeals to me and I value Julian as a coach. That’s why Leipzig are where they are.”

On Sane, “You have to consider the background,”

“He had a serious injury and was injured again in the Hoffenheim game. I know from my own experience that you need some time.

“What I see in training is good. It’s not that easy when you come to a new club; you have to integrate first. At the moment we can’t train like we did in pre-season.” People Will Be Jailed For Forgery Over My Recall – Dino...

I Want To Do Everything To Remain At Man Utd –...

Some Celebrities That Took Part In #EndSARS Have Long Throat –...