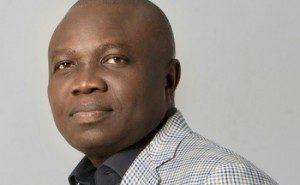 Gov. Akinwunmi Ambode of Lagos State on Tuesday presented the 2017 budget of N812.99 billion to the state House of Assembly.

The capital and recurrent ratio of the budget stood at 63:37 respectively.

Ambode said that large part of the budget would be expended on road construction and rehabilitation, health, among others.

According to him, Phase 2 of the 114 Local Government Roads project and the Fourth Mainland Bridge will commence in 2017.

He said “A key focus of the 2017 budget is road construction, rehabilitation and maintenance.

“Our government will focus on roads that will open up the inter-lands, improve connectivity in the state and reduce travel time.”

The governor said that the state was expecting an increase in the Federal allocation through 13 per cent derivation from oil and gas in 2017.

The governor said that fundamental reforms would be carried out on all modes of transportation- roads, water and the walkways.

Ambode called for the cooperation and understanding of all residents in prompt payment of their taxes, saying that the state government would embark on extensive revenue collection reforms.

“The successful implementation of this budget depends on all Lagosians.

“We all have a huge responsibility to ensure that it succeeds, as we cannot just afford to fail, even at this critical period of economic recession,” he said.

The governor said that the state government would continue to render its performance to the residents through the Town Hall Meetings.

Receiving the budget, the Speaker, Lagos State House of Assembly, Mr Mudashiru Obasa, commended the governor for his determination to develop the state, in spite of the dwindling revenue.

He said that the House would continue to support the executive to bring more developments to Lagosians.

“Almost all projections in the 2016 budget have been carried out, in spite of the economic situation.

“I commend the governor for a number of life-changing projects he introduced,” the speaker said.

Obasa said the House was committed to laws that would improve the socio-economic development of the state.

He said that the Assembly had passed lots of laws to enhance the living standard of residents.

Obasa said the House would ensure that the 2017 deliver on inclusive growth and prioritise the welfare of the residents.

He urged heads of Ministries, Departments and parastatal Agencies to cooperate with the lawmakers while on oversight function visit to their places.

Buhari Has Performed In Some Areas – Obasanjo