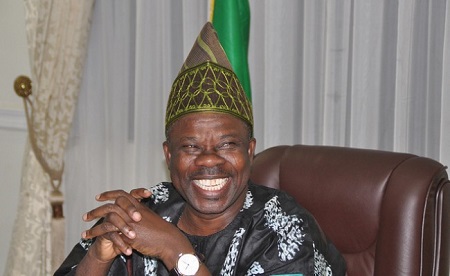 Governor Ibikunle Amosun of Ogun State, on Tuesday congratulated the president-elect, Gen. Muhammadu Buhari (retd.), for his victory at the just-concluded 2015 general elections.

Mr. Amosun​,​ in a statement signed by his spokesperson, Olufunmilayo Wakama, described the outcome of the election as a demonstration of the electorates’ confidence in ​Mr.​ Buhari’s strong leadership qualities.

“The people have spoken and demonstrated with their votes, their confidence in the ability of the president-elect to pull the nation out of its present economic woes”, he said.

The governor noted that the trajectory of the president-elect, his principles and uprightness, ​are some of the qualities that must have endeared him to the electorate.

He, therefore, expressed the hope that a Buhari Presidency would bring about the much anticipated and needed security, economic growth and by extension, development and prosperity to the Nigerian Nation.

“I convey my best wishes and look forward to a prosperous and great country under your leadership”, the governor added.