The Independent National Electoral Commission (INEC) in an earlier guideline for the forthcoming Anambra State governorship election had scheduled one month, between middle of June and the begining of July for the primary election of all the contesting political parties. 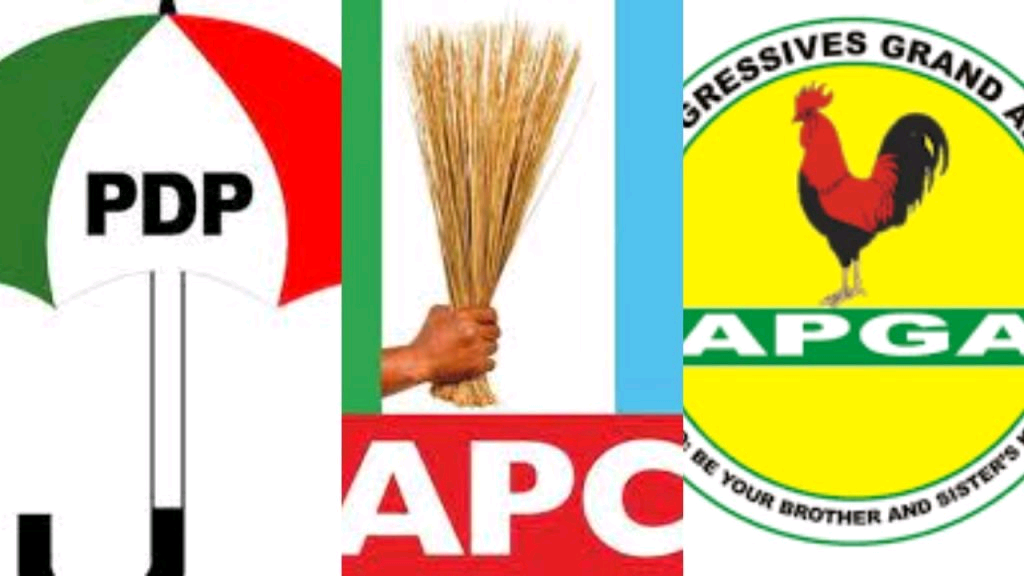 Currently, there is leadership tussle in two of the most popular political parties in the state: viz, APGA and the PDP.

The Peoples Democratic Party (PDP) is one of the prominent political parties in the state. It first clinched power in the state in 1999, and again in 2003, but was removed by the court in 2006, with the All Progressives Grand Alliance (APGA) replacing it. Several attempts by the party to return to the Anambra State government house has been unfruitful, not because its popularity in the state has waned, but because there has always been infighting among its members in every election year.

In the build-up to the forthcoming 2021 governorship election, there has been unbelievable synergy among the party’s bigwigs, including the aspirants, to the level that political pundits believe that if the cooperation is sustained, the party will not fail to clinch the governorship seat of the state. To make matters good for the state, the state leadership of the party, led by Mr Ndubuisi Nwobu has tried to remain neutral in the affairs of the party, despite the many camps owned by governorship aspirants of the party and the temptation to endorse one of them.

But the same thing being feared by political watchers came calling recently with the rumoured sacking of the Nwobu-led executive committee by an Abuja High Court. This was quickly debunked by Nwobu in a press conference he addressed. Nwobu said: “We’re here to bring you to pace about certain developments in the party. Our attention has been drawn to a court judgement delivered via zoom, which purportedly sacked this executive. We want to tell you there is nothing of such, and it cannot stand. I want to tell you that there was another judgment on 24 May 2018, by one Justice AO Musa of the FCT High Court. That judgement clearly stated the process in which we emerged, and it stated that we fulfilled all the processes, and we were duly elected. We have taken notice of the efforts of political merchants and in a short while, those who are bent on being fifth columnists will hear from us.”

He stated that so far, there have been no leadership problems in the state chapter of the party, adding that Mr Ejike Oguebego, who was referred to as the new chairman by the Abuja High Court judgement said to have been delivered by zoom, has been loyal to the leadership of the party.

Just days after the debunking of the judgement, a new chairman of the party resumed work in a separate party secretariat in Awka, just a few meters from the one occupied by Nwobu. The factional chairman who turned out to be, Mr Chukwudi Umeaba in addressing journalists quickly announced the annulment of the election of three-man Adhoc delegates held by the Nwobu-led faction, which had just been concluded a day after. He said: “Based on the above (his reinstatement), I, Hon Chukwudi Umeaba, the acting chairman caretaker committee of PDP, Anambra State working in concert with the terms of reference and the powers of my office will make pronouncements. I hereby suspend the ward congress of 9th June to elect a three-man Adhoc committee for the governorship primary. I will contact the NEC of our great party to give me a new date for the ward congresses that will elect the three-man Adhoc committee for the governorship primary.” He urged the party members to keep calm and look forward to new developments that his leadership will be out to ensure growth of the party in the state. He insisted that the primary election will go on as planned, and will not be truncated by the change in leadership.

See also  Jonathan Has Never Been Popular, He Was Imposed On South South – Bayelsa Ex-Senator

The development has long given the impression that the party may have returned to its old rancorous ways which has cost it elections in the past. Political analysts say the fight, which has just started may lead to a crisis that will engulf the party, polarizing it, to the benefits of other political parties. The recent move a source said is the acclaimed godfather of Anambra politics, Chief Chris Uba. The source said: “He is working for his brother, Ugochukwu Uba. He wants to give the ticket of the party to his brother. It is his stock in trade to divide the party for his personal gain, but this time, his major aim is to use the leadership of the party to favour his brother, Ugochukwu.”

The PDP is not the only party in crisis, the ruling All Progressives Grand Alliance is also experiencing turbulence. In previous elections, APGA is known to have benefited from the division among PDP members, so just when some of its (APGA) members were already rejoicing that their party would take advantage of the crisis in the PDP to win the election, they are also experiencing internal issues.

It first started when last weekend, story of the disqualification of some of its top governorship aspirants filtered in. The party later confirmed the rumours, announcing the disqualification of five of its governorship aspirants. A press release signed by Barr Ifeanyi Mbaeri, the national organizing secretary of the party confirmed it. The aspirants disqualified are: Hon Chuma Umeoji, Nze Akachukwu Nwankpo, Cater Dike Umeh, Hon Nonso Smart and Ozoka Odera Ifeanyi. Meanwhile, those cleared are; Prof. Chukwuma Soludo, Damian Okolo, ThankGod Ibe and Ezenwankwo Okwudili, Ewepudike.

Even though the party gave reasons for its action, it was believed that the disqualification was a ploy to clear the way for Prof Soludo, while those cleared were only left to give the party’s primary election the semblance of a contest, as the aspirants cleared alongside Prof. Soludo are not known to pose any threat to him. While Uzoka was disqualified for being less than 18 months old in the party, being a registered voter in Abuja instead of Anambra and not also receiving waiver nor applying for it, Nonso Okafor was disqualified for insubordination, and that such action casts doubt on his person and loyalty as an aspirant of the party.

Carter Dike was disqualified for the same reason as Okafor, and also for being unsuitable to be a candidate of the party, while Umeoji who is known to be Prof Soludo’s main challenger was accused of inconsistent age declaration, doubtful financial status of his nominators and being insubordinate to the party. Another aspirant, Nwankpo was also disqualified for being less than 18 months in the party and also not applying for, or obtaining waiver from the party.

The party had advised that any of the aspirants who feels aggrieved can appeal their disqualification, and the supporters of the disqualified aspirants had already begun making noise about the action of the party, but no one envisaged the twist that may follow it. On Tuesday, the National Executive Committee (NEC) of APGA convened and announced the sack of the national chairman of the party, Dr Victor Oye and another factional national chairman, Edozie Njoku. In their place, Chief Jude Okeke was named as a replacement. The NEC gave the reason for their sack as involving themselves in anti-party activities.

In what gave a hint to the reason for their action, the NEC also suspended a member of the House of Representatives, Hon Chinedu Obidigwe who is known to be a staunch supporter of Prof Soludo. It also annulled the disqualification of the five governorship aspirants, while calling on members of the public to discountenance their disqualification.

Reacting to the news of his removal, Chief Victor Oye has denied that he was sacked by the party, saying that those who announced his sack were not known to the party. Oye who spoke to the media on phone said, “It is what we see in every primary election, so no shaking. If this were in a civilized country, they will be arrested and jailed. There is a procedure and you have to give INEC a notice to be able to convene a NEC. I don’t know them. These people do not exist and I’m surprised that people are giving it publicity. What they did is media sack. Those people do not exist and they should be dealt with,” Oye said.

Be that as it may, those who are conversant with political party administration already believe that the rancour in the party is big enough to cost it the governorship seat.

Though there are no squabbles in the party currently, the party’s members are hopeful that they may use the unity currently being experienced in the party to win the governorship contest in the state.

Tension in the air

Five days to the conduct of the APGA governorship primary election, and just one week to that of the PDP and APC, the political atmosphere in the state is already charged. Even though not much can be seen around, it is believed that intrigues of the exercise are secretly going on behind closed doors in relevant places.

For example, the APGA primary election which is scheduled to hold on June 23 has been cancelled by a faction of the party led by Jude Okeke, who announced a new date for the exercise. The Okeke faction gave July 1, as date of its primary election, nullifying that of Chief Victor Oye.

In the PDP, the new leadership of the party in the state, led by Umeaba has not stated a nullification of the June 26 primary announced by the Nwobu-led faction, but told journalists that its date stands, and that the change of leadership will not affect the date.

“The tendency is that a political party that is not wanted by the citizens of the state may win the election. We are not even sure if there is no hand of some opposition members in what is happening in the other political parties. That is why we are asking for all the parties to put their houses in order and conduct a credible primary election that can throw up the best candidate, for Anambra people to know who to vote on November 6.

Toke Makinwa Set To Give Out 12 Million Naira

Obasanjo Is Not God – Adebayo Shittu