Ancelotti Is A Benchmark For Other Coaches – Klopp 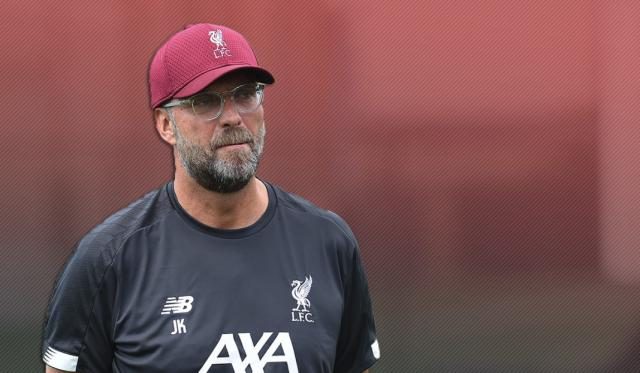 Liverpool coach, Jurgen Klopp believes Carlo Ancelotti’s arrival at Everton will make them a dangerous opponent for his team in the FA Cup, despite their strong record in the Merseyside derby.

Both managers have faced off a number of times during their managerial careers, including in the UCL group stage in each of the past two seasons.

Klopp has now said he is looking forward to taking him on again, even if he knows he has to expect a deadly Everton side.

He added that he rates Carlo very much and he should be seen as a model for other coaches.

His words, “Carlo being back in the English game is so cool for the competitions and even cooler for Everton,”

“I’m not sure if I’m doing either of us any favours by saying this, but in football terms, I really do consider him a friend. Such an amazing person and just so generous in spirit and personality.

“He’s won all there is to win, as a player and coach, and yet remains chilled and humble. He is a benchmark for those of us working in the game today on how to conduct yourself.

“His impact at Everton is already being felt – we can see this from our analysis. He has been clever in picking up on the positivity of approach injected by Duncan Ferguson.

“Everton are always a difficult opponent for us because of the positive emotion they bring into this derby game. Under Carlo, with his experience, I think they have become even more dangerous.

“But to be honest, I love this. I think it adds to the occasion. My players have just as much desire and belief going into this game. We want to win it with all we have.

“We see the game as [an] opportunity. We know what our supporters expect. No Liverpool side can ever have less desire than the opponent – this is not allowed.”

My Son Is My Everything – Iyabo Ojo