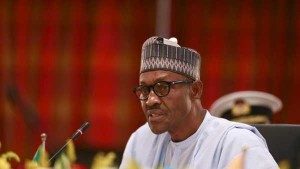 Governor Ayo Fayose of Ekiti state has asked President Buhari to tell Nigerians the truth about his widely reported vacation.

The Governor said Nigerians deserve the truth, adding that the information of his vacation was vague.

Reports have it that Fayose said “Nigerians deserve to know the truth about their President because the President is an open book that every Nigerians should be free to read.”

The Ekiti Governor also said he was aware of a plot by the opposition All Progressives Congress (APC) to get the Supreme Court to overturn his elections.

He added that he will continue speaking openly on issues that concern Nigeria.

Fayose has been in the centre of controversies recently, following revelations by the embattled former secretary of the Ekiti state chapter of the Peoples Democratic Party (PDP), Dr. Temitope Aluko, of how Governor Fayose used the Nigerian Army to rig the governorship elections in the state.

The Ekiti state Governor has since denied the allegation, saying Aluko got annoyed because he was not appointed as the Chief of Staff to the Governor.

ACF Congratulates Okorocha on his re-election

It Is Very Important For Chibok Girls To Return – Yemi...