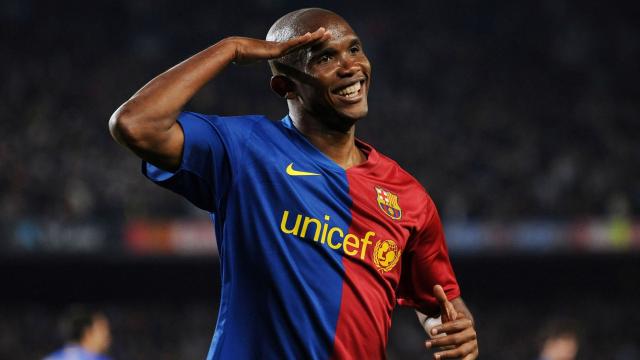 If Barcelona forward, Lionel Messi quits the club, the name of the club has to be changed, Samuel Eto’o has said.

He recently came out to say that this must happen because the Argentine is now synonymous with the Liga giants.

According to him, he loves Messi like he was his own son and Barcelona is lucky to have him because he is a goal machine.

Eto’o added that he was really devastated with the defeat vs Bayern Munich because the scoreline must’ve affected all the players negatively.

His words, “I love Messi like he was my own son, I want the best for him.

“Barcelona is Messi and I think if Messi decides to leave, we’ll have to change the name of the club.

“We are lucky in that at Barcelona, we have the best player in the world and of all-time, we have to do everything possible to ensure he finishes his career at Barcelona.”

“I really suffered myself with that defeat [to Bayern], not just for Leo, but for all of the lads.

“Someone who has never played the game will find it hard to understand, but these things exist in football – and in life too.

“Anyone can suffer a fall but you have to get up again and that is the most difficult part.

“The players, the bosses, the fans, I hope that we can lift ourselves up from this and begin to dream again for next season.”

Skepta And I Are Not Enemies – Naomi Campbell

No Bank Has Taken Over HipTV – Ayo Animashaun

Rapper Eva Tells How She Got Rid Of Her Acne 6...