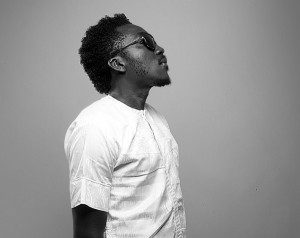 The comedian shared a photo insinuating Freeze is a coward. According to the photo shared by him and reposted by Basketmouth, some people on social media behave like lions while in real life they are just cats.

“This just made me Freeze! Thank God for fire.” he wrote alongside it with many tagging it a call out to the media personality.

The Instagram war between Basketmouth and Daddy Freeze has clearly not ended even though Freeze once revealed that he’s ready to forgive the comedian.

The celebrities started this beef on December 27 at OLIC 2. When Basketmouth took the stage at the Olamide concert he took shots at the on-air-personality.

“There’s this former Cool FM presenter here, Freeze. I see am for red carpet, where him dey?” said Basketmouth. The audience then pointed at Freeze.

“Make una nor deceived by this guy’s fair skin o. Nor be oyinbo o, na eczema cause am o. Freeze my guy, your wife nor beat you today?” further said Basketmouth in reference to the claims Freeze made of being a victim of domestic abuse.

The veteran radio presenter didn’t look disturbed when Basketmouth threw jabs at him. After the show was over, Freeze took his own shot at Basketmouth on Twitter and so the battle begun…..

How this involves Bovi? Well, Freeze once called him out on Twitter for supporting former president Goodluck Jonathan.

FG Should Honour MKO Abiola With GCFR – House of Reps

Our Oil Producing Communities Have Suffered So Much – Nyesom Wike