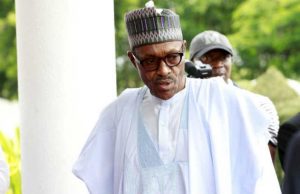 The Committee for the Defence of Democracy (CDD) has accused the federal government of planning to arrest former president, Goodluck Jonathan.

The allegation was contained in a statement released by CDD Publicity Secretary, Comrade Akindele Lawson on Monday, January 18, 2016.

“It is already eight months in the life of the Buhari government and all we have continued to hear is that our problems were caused by the last administration, without anything pointing towards a rescue plan by this government.”

“It is on record that despite the difficulties that the Jonathan administration faced in procuring arms from some western nations over alleged human rights issues, he still managed to source sizable quantities of platforms, weapons, bullets and other ammunition for the Nigerian Army, Navy and Air Force, which were used to tackle insurgency to a near end before the end of his administration.”

“There is no doubt that the purchase of massive arms and ammunition in the last one year of the Jonathan government made it possible for the military to root out Boko Haram terrorists from all parts of Yobe and Adamawa States, leaving only about three local government areas in Borno State, partially under the control of the insurgents, as at May 2015.”

“Finally, the CDD, wishes to remind President Buhari and the APC, that elections are over and less focus should be placed on Dr. Jonathan or his party, PDP. Our economy is sliding towards a recession and several uncertainties are already trailing our National polity, as it is time for the APC government to face the business of governance and stop the blame game.”

The APC had recently accused the Jonathan government of being behind Nigeria’s economic troubles and the fall of the naira against the dollar.