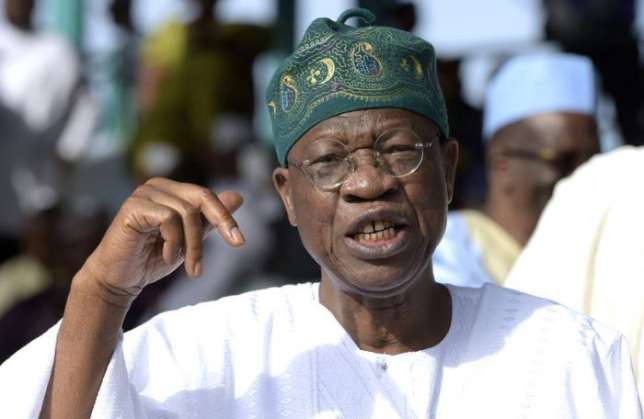 The Federal Government has come out to say that President Muhammadu Buhari’s assumption of office stopped Nigeria from becoming a failed state after a lengthy stretch of rapacious and rudderless leadership.

The Minister of Information and Culture, Alhaji Lai Mohammed recently revealed this in a statement in Abuja.

According to him, Buhari became President when Nigeria was under occupation by terrorists and the treasury was wantonly being looted, so he should be praised for stabilizing things.

He added that the period when several Nigerian towns and cities, including the capital city of Abuja, were a playground for insurgents are now a thing of the past.

His words, “President Buhari came into office at a time that a swathe of the country’s territory was under occupation, a period when many Nigerian towns and cities, including the capital acity of Abuja, were a playground for insurgents.

“It was a moment that the nation’s wealth had been looted dry, with little or nothing to show for the nation’s huge earnings, especially in the area of infrastructure.”

Those Insinuating That I Said Buhari Sponsors Bandits Are Devilish —...

I Have Nothing To Prove To Arsenal Anymore – Gabriel Paulista