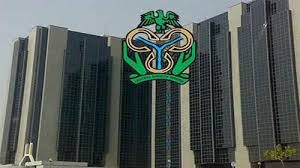 The Central Bank of Nigeria (CBN) has been in the eye of the storm recently, following reports that revealed it secretly hired children of influential Nigerians and top politicians.

Sahara Reporters revealed that a nephew of President Muhammadu Buhari, among other privileged kids, got jobs at CBN.

Daily Trust also alleged that the Apex bank violated the principle of federal character, by secretly employed over 900 staff between June 2014 and February 2015.

The CBN on its part, claims they did not violate any law, adding that what they did was to carry out ‘targeted recruitments,’ with the permission of the Federal Character Commission.

Speaking on the matter, the CBN Director of Corporate Communications, Isaac Okorafor, said “In the last two years, we have had cause to recruit specialists, and what the law says is that if we are going for that kind of recruitment we should apply for waiver, so that we can do targeted recruitment.”

Adding that “The other issue is that there are states that are not well represented (in the CBN), and in this case we focus on those states to recruits people of certain classes that we used to cover the shortfall in those states.”

Sometime ago, the CBN told Nigerians that payments of salaries and wages as well as payments and deposits for self-to-self transactions whether inter or intra bank are exempted from the N50 stamp duty policy.

Several months down the line, many Nigerians have reportedly accused banks of deducting the N50 stamp duty from their salary accounts and also when they carry out self-to-self transactions.

Do you think the Central Bank of Nigeria (CBN) is doing a good job of monitoring banks and all these economic policies?