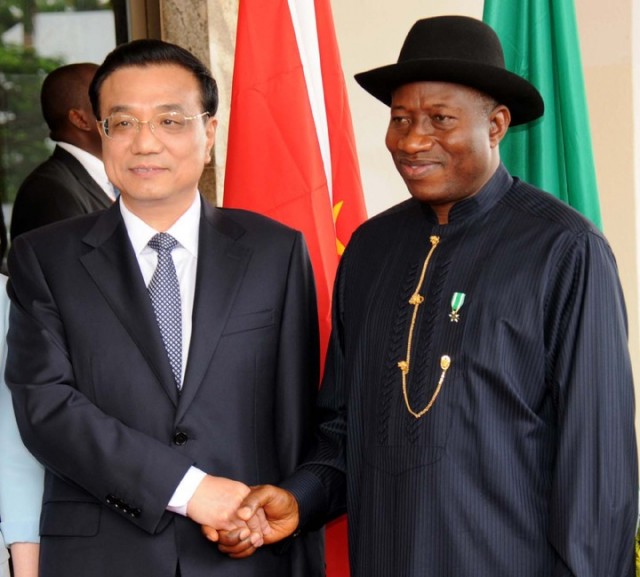 President Goodluck Jonathan on Wednesday disclosed that China has also promised to assist Nigeria in rescue efforts for the over 200 secondary school girls abducted in Chibok, Borno State.

China’s offer of assistance is coming barely 24 hours after Nigeria accepted United States President, Barack Obama’s offer to deploy U.S. security personnel and assets to help their Nigerian counterparts in the search and rescue operation for the girls.

He said: “The Premier promised that China will assist Nigeria in our fight against terror especially our commitment and efforts to rescue the girls that were taken away from a Secondary School in Chibok, Borno State.

“The Premier expressed firm support to efforts at safeguarding our sovereignty and secure our territorial integrity as well as promoting economic development”.

He went on: “We examined issues of common interest to our countries. We reviewed in particular, our economic, trade, political and cultural relations.

“We are satisfied with the achievements recorded in those fields. We also agreed that the 10th anniversary of the establishment of the strategic partnership between our two countries coming up in 2015 should be marked to further deepen our relations”.

READ  The PDP Under My Watch Is Very Powerful — Governor Ugwuanyi

President Jonathan said the two countries also sought to sustain the momentum of exchanges of visits at all levels, including between governments, political parties and legislatures towards promoting mutual understanding and trust.

Eyes on the Go Hits 2 Million Page Views in December,...