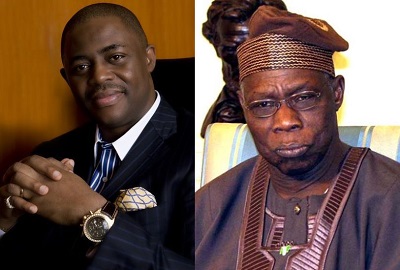 The Peoples Democratic Party Presidential Campaign Organisation yesterday replied former President Olusegun Obasanjo over his claims that President Goodluck Jonathan had depleted the foreign reserves, saying the present administration has nothing to hide or be ashamed of.

The PDP presidential campaign team also said that while the presidential aspirant of the All Progressives Congress (APC), Gen Muhammadu Buhari (retd.), has been fuelling the Boko Haram insurgency by his utterances, there is no evidence linking him with sponsorship of the Islamist sect.

Mr. Obasanjo had while playing host to South-West women leaders at his residence in Abeokuta, Ogun State on Monday, accused President Jonathan of squandering over $67 billion of the country’s foreign reserve, reason the Naira has been witnessing a steady decline against the Dollar.

“When I was leaving office about eight years ago, I left a very huge reserve after we had paid all our debts. Almost $25billion we kept in what they called excess crude. The excess from the budget we were saving as reserve for the rainy days. When we left in May 2007, the reserve was said to have been raised to $35billion,” he said.

“But today, that reserve has been depleted! Today, that reserve has been depleted. The reserve we left when we finished paying all our debts, our debts that was about 40billion dollars, that is including debt forgiveness, the remaining debt was not more than $3billion. Our reserve after we had paid off this debt was about $45billion. As I said, they continued till the end of 2007, I heard that the reserve increased to almost $67billion before the end of the year. Our reserve now, learnt is left with around only $30billion.

“That is why the Naira has been falling against the dollar. What would now happen, I learnt if you want to buy a dollar now, it’s about N192 or N195. What it means is this, what you have been buying at N150 to a dollar, now you need N192 or N195 to buy it. That is the real situation”, the former president was quoted as saying.

But the director of media and publicity of the PDP presidential campaign, former minister of aviation, Femi Fani-Kayode, at a press briefing in Abuja, said the sincere criticisms of the former president would only help to make the country better.

Fani-Kayode, who was minister under Obasanjo, noted that his former boss remains a loyal PDP member, saying he had also accused former governor of Lagos State, Bola Tinubu of misappropriation of funds and corruption and Buhari of committing some of the most heinous crimes against humanity in his books.

He said, “What I will say about that is that our leader and father, President Obasanjo is certainly entitled to his views and we thank God that we have a president that welcomes the views of everybody about everything and anything. They can live in the comfort of the fact that nobody is going to be too hard on them in terms of responses. We continue to learn from Obasanjo and we continue to believe that he is a loyal party member that he claims to be; we believe that he is a loyal party member. We sincerely hope that what he has said is an attempt to make us better in the future.

“I really don’t want to say too much about this issue but I will say that this president and this government have nothing to be ashamed of when it comes to the issue of management of funds of this country. There are answers to every one of these questions”.

#Celebrity > See Reasons Why 50 Cent Might Be Relocating To...