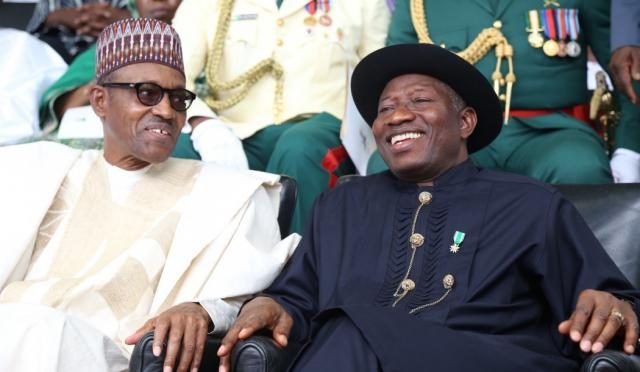 Ex Governor of Jigawa State, Sule Lamido has shared his reaction to calls by members of the Peoples Democratic Party (PDP) to punish ex-President, GEJ for his suspected support for All Progressive Congress (APC) during Bayelsa governorship election.

In a recent interview, Sule alleged that GEJ betrayed the PDP in Bayelsa because FG is blackmailing him over the Malabo issue.

He added that GEJ is only doing all the things he does now for his own freedom.

His words, “I can’t imagine a former president selling his own state to the opposition — to the very party which called him names, which demonized him.

“They are holding him by the balls. Because he (Jonathan) sure knows his problem with Buhari and with this government. And the issue of Malabo, I think, played a key role, I said so. So, the election were won and lost by PDP. PDP history, PDP tradition and Jonathan were behind him. That I can say anywhere because the issue of Malabo is an issue I know very well. I had cause to discuss it with him.”

“While he was the president and I was in office, I went and told him about it. I told him and I also gave a radio interview to an FM in Abuja, which Daily Triumph picked, where they said a minister under Jonathan got almost 150 million dollars Malabo scan — Governor Lamido. And when Reuben Abati came to debunk it or to abuse me, I went to Reuben Abati, I know what I am saying, can we go to the Villa, I discussed this with Jonathan. I told him about it. Let us go.

“What I am saying is that obviously because the leadership of the APC and the government are blackmailing Jonathan and I think I can say it anywhere that he traded this for his own freedom.”

“So, to me, betrayal is part of the hallmark of the party. Tell me anybody who has not betrayed PDP? Anybody you can think who PDP had honoured and dignified and made, who PDP invented that has not come to hurt PDP.”

The African Union strongly condemns the terrorist attack in Abuja