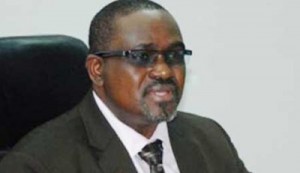 The Minister of Mines and Steel Development, Mohammed Sada, Tuesday said that the Federal Government through the Assets Management Company of Nigeria (AMCON), has concluded plans to sell the Delta steel company to an automobile firm.

Sada, who stated this when he appeared before the senate committee on Power, Mines and Steel, to defend his ministry’s 2015 budget, said that though the ministry was not involved in the sale, it was in close partnership with AMCON, the government agency handling the sale.

He recalled that the company had been in the hands of a private investor, but was retrieved by AMCON. “Now AMCON is in the process of selling it and I am aware there are quite a number of people that have written letters of intent that they are interested. What interests us in the ministry is that those interested are people that are interested in automobile development.

“We believe in the system now that someone who has interest in developing a value chain around the company is showing interest in buying it. We have no role to play by the way, they are consulting us as experts in the industry and we have had several meetings with them to guide them.

“The last time I had a meeting with the MD of AMCON he assured me that in the next couple of weeks, they are going to have somebody they are discussing with a view to selling it over,” he said.

He said that all issues possible of causing confusion in future had been resolved.

According to Sada, the initial owner of the steel company had been given the opportunity, by AMCON, to pay back the loan but it was unable to do so until the grace period lapsed.

“There were no previous claims, Delta steel was a privately owned company, the company took loans from the local banks, and by Nigerian Law, AMCON was put in place to make sure that banks do not fail.

“So, AMCON bought over the loans of that company, they gave them a payment schedule which they failed so AMCON has no issue with anybody. Our concern is steel protection, Delta Steel Company still has the latest technology, whoever is buying the company can start working immediately,” he said.

2023 Presidency: Why I May Become Nigeria’s Consensus Candidate – Peter Obi

My Man Is My Best Friend – Amber Rose

Politicians And World Of Entertainments