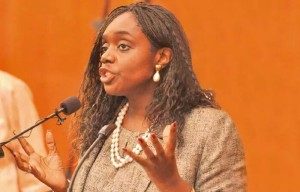 Mr Stanley Ezenga, the National Publicity Secretary of the association, gave the commendation in an interview with the News Agency of Nigeria (NAN) in Lagos.

NAN reports that the Federal Government had indicated its readiness to lift the forex ban it placed on some 41 items in 2015.

Finance Minister Kemi Adeosun, had in the 2017 Fiscal Policy Roadmap, said Federal Government will replace administrative measures on list of 41 items with fiscal measures to reduce demand pressure in the parallel market.

Ezenga said that the plan would boost importation activities at the nation’s ports.

He said that lifting of ban on the items would not solve the declining value of the naira, urging government to come up with a more result-oriented forex policy.

“The plan by the government to lift foreign exchange restriction on some 41 imported items is good news for import.

“We can now have more import activities at the ports and the various jobs lost to the restriction can now come back.

“However, the unbanning alone will not solve the problem of the naira.

“Government should come with a more workable policy to boost value of the naira,“ Ezenga said.

He said that freight forwarders had lost 50 per cent jobs to the restriction, hoping that the lifting would address the situation.

ThirdLove Told Me I Should Be Wearing a Bigger Bra