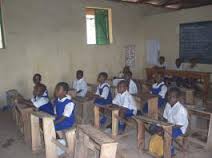 The federal government signed a $3.7 million (N660,634,999) deal with offshore sports equipment manufacturers at the weekend, to equip about 1,000 primary schools across the country with sport facilities.

Nine primary schools in each senatorial district across the six-geo-political zones of the country will benefit from the project.

Minister of Special Duties and Inter-Government Affairs, Kabiru Turaki, while speaking at the signing ceremony, said that the project was to increase the nation’s talent base. He called it the first of its kind in the history of Nigeria. It will also put to rest the impression that government had failed to discover, nurture and promote talents at their tender age for a better result.

Executive Secretary of the NLTF, Engr. Habu Gumel, said the deal with the China firm was worth $2.8 million (N501 million), while the one with Turkey Company was $914, 967 (N164 million). He disclosed that the money for the deal was generated from lottery activities.

Gumel noted that the intervention programme was designed to promote grassroots sports development, while expanding the nation’s talent base, as a way of addressing the issue of dearth of talent in different sporting activities in the country.

“We intend to distribute sports equipment to about 1,000 primary schools nation-wide, with at least nine primary schools benefiting in each senatorial districts across the six geo-political zones, re-affirming our vision to promote social inclusion among all Nigerians.

“We have put in place a robust and comprehensive monitoring and evaluation system to help NLTF track the process of its intervention programmes,” the NLTF boss concluded.