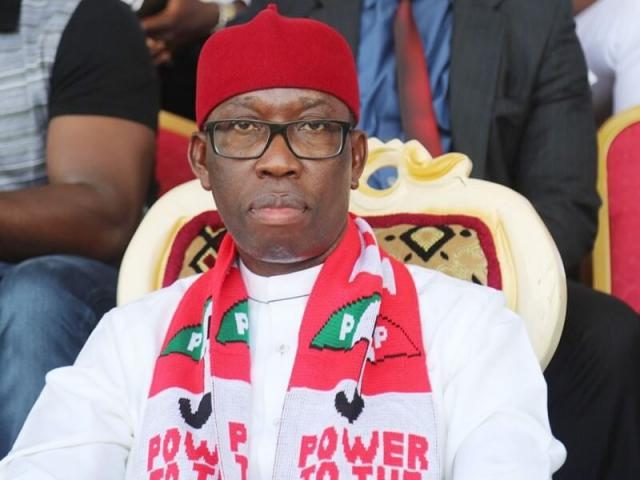 In a recent statement by his Chief Press Secretary, Mr. Olisa Ifeajika, Okowa revealed that the incident was disturbing and shameful because GEJ is a peace-loving man who has always preached peaceful politics.

He added that GEJ is a great patriot and he did not deserve to be attacked in his home town or anywhere else.

His words, “I join men of goodwill in condemning the attack on former President Goodluck Jonathan, who has been a great patriot and exemplary leader.

“It is pathetic and shameful that unknown gunmen could attack a leader who had on several ocassions said his ‘ambition was not worth the blood of any Nigerian’.

“On behalf of the government and people of Delta, I condemn the attack on our dear former President.

“I also commiserate with him on the unfortunate demise of a gallant soldier who lost his life in the attack. “I call on the police and other security agencies to fish out those behind the attack and bring them to justice.

“I also urge the Federal Government to beef up security around the former Nigerian leader.”

Bayelsa Partners US Firm on Power …as Gov. Dickson Assures on...