Chicago, IL, February 08, 2014 –(PR.com)– Recently a new anonymous social media Duvamis has launched. It targets all adult Internet users with a free spirit worldwide. These are all those who have participated in existing social networks or media, as well as those who had deliberately avoided using them due to privacy concerns. Through complete anonymity Duvamis users can forget about these concerns and start communicating freely.

Username and password is all that is needed for successful Duvamis registration. No other personal data is required, so the anonymity of each user is guaranteed.

Instead of using real names and photos, the new media users can represent themselves through different visions – an animal, an object, a song, a condition, even an idea.

Human nature is so complex that it cannot be always represented by only one vision. Therefore, Duvamis users can create many visions so each one to express their different needs, thoughts, attitudes and states of mind.

In the well-known established social networks, users introduce themselves with their biological and social characteristic and communicate with real individuals in life. They create images bearing in mind the imposed norms and other people’s opinion, that leads to suppression of their inner feelings and desires. This model may impose some restrictions on the real communication, that everyone needs.

Duvamis aims to abolish these restrictions by creating a new anonymous Internet environment. Duvamis gives its users the opportunity to express what they have always wanted to, but have not yet had the proper environment.

Communicating with others in Duvamis may be a result from sharing the same interests and needs, but not only from searching for specific people. Thus, users can interact with others who share the same ideas and thoughts in a more extravagant way.

In Duvamis all subjects can be discussed – sports, cars, cooking, politics and any other hot topic. Opinions can be shared without the concern that this may offend someone, destroy a friendship or harm someone’s socially accepted image. All content, such as photos, videos, documents, even attitudes, is shared easy and fast. Also, there is a separate space where users may participate in polls or create their owns on issues they find important.

All these happen in complete anonymity.

“We believe that privacy of our users is their primary right and that anonymity is the future of online interactions,” said the founders of Duvamis, who would like to remain anonymous, following the philosophy of their project.

Duvamis operates as an innovative concept, where everyone can escape from everyday life and be his “true self.” This is anonymous space, where man feels free to express all those things, deeply hidden behind the social mask that for some reason cannot be expressed anywhere else. The truth is that what one presents to the outside world and what is hidden in one’s self, are both part of human nature. Duvamis gives its users the opportunity to be both by protecting their privacy.

“Since we have launched there is a great interest from all over the world, that makes us confident users find Duvamis as a secure space free from outside influence.”

READ  Preventing Your Zoom Calls From Being Hacked 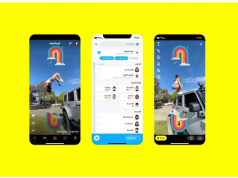 Twitter Rolls out new Update to Its Existing Android App

“We Played An Unbelievably High Level Match Against A Top Team,”...

My Wife Stood By Me When I Had Nothing – E-Money

Man United vs Bournemouth To Be Played On Tuesday