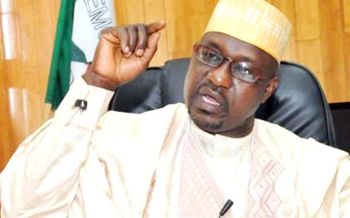 The decision of the Adamawa State acting governor, Ahmadu Umaru Fintiri, to pick the Peoples Democratic Party’s ticket to contest the October 11 governorship by-election in the state has generated ripples among stakeholders in the state, who have now questioned his moral integrity.

Following his picking-up of the declaration of interest form on Friday, there are speculations that the PDP may lose some of its members to other opposition political parties as some aspirants are jittery that the party primaries may be manipulated towards producing the Fintiri as the next candidate of the party.

The acting governor cited pressure he received from 13 of his colleagues from the state House of Assembly as reason for joining the race.

See also  Jimi Agbaje Is Still With Us - PDP

However, a former adviser on political affairs to President Goodluck Jonathan, Ahmed Gulak, who is also interested in the Adamawa governorship race on the platform of PDP, has kicked against Fintiri’s decision to contest the governorship by-election.

“The acting governor has no moral justification to contest the polls, he ought to act as an impartial umpire to monitor and conduct a free and fair election.

“It’s on that note that I call on all the aspirants to make it known that all we need is a level playing ground and equal opportunity”, he said.

Gulak said the aspiration of the acting governor was a clear indication that he wants to use his advantaged position to the disadvantage of other candidates, adding that “Fintiri is desperate; many thought that he will justify the confidence reposed in him by being neutral and impartial, only to turn and show his interest”.

It was learnt that those who had so far indicated interest to contest the election under the platform of the PDP apart from Gulak were the former military administrator of Lagos State, General Buba Marwa; former Senator representing Adamawa Central, Abubakar Girei, and a former Minister, Dr. Idi Hong.