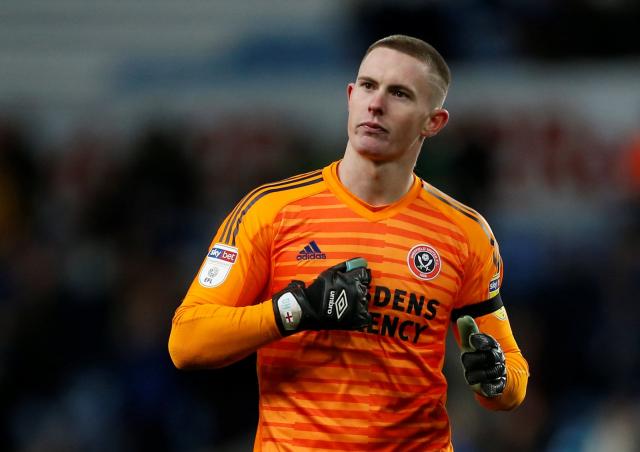 Manchester United manager, Ole Gunnar Solskjaer has come out to say that Dean Henderson is happy at the club.

He recently revealed that despite his lack of playing time, the youngster has no regrets whatsoever for deciding to come back to MUFC.

According to him, Henderson should just remain focused and be ready to take every chance he gets.

He added that the England international is training really well and he is currently maturing into the goalkeeper the club wants him to be.

“I can’t see the logic in one potential appearance before Christmas, do you know how many games we’ve got? So I disagree completely that tomorrow is make or break for Dean, he’s come back in, he’s training really well, he’s maturing, he’s had some games and he’s training, for me, with one of the best keeper in the world.

“He’s got potential to be one of the best goalkeepers in the world. There’s great competition between them, I don’t buy that argument that it’s make or break for him. It’s not up to me to make everyone happy, I’ve said that a few times. The performances will always be the deciding factor if you play or not.

“I think every position you play for Manchester United, it’s your duty to make me and the coaches happy so then there’s a bigger chance you can play next time.”

On the UCL, “Well you know when you go away to Turkey that it’s going to be a difficult game anyway. I have experienced that at Manchester United a few times before, but the level of concentration needs to be better,”

“We know two goals we conceded on bad breakaways and one or two other moments we caused our own problems with our own organisation when we had the ball.

“We need to be more disciplined in our positioning; any lack of concentration and they’re off and running, the first goal was the worst goal to concede, the second a counter attack, and then we’ve looked at the game and how to break them down.”

I Expect PSG To Fight To Keep Mbappe – Zlatan Ibrahimovic

I Am A Cancer Survivor – Okonjo-Iweala

I Have A Sprained Brain – Kanye West

I’ve Got No Beef With Iyanya – Ubi Franklin