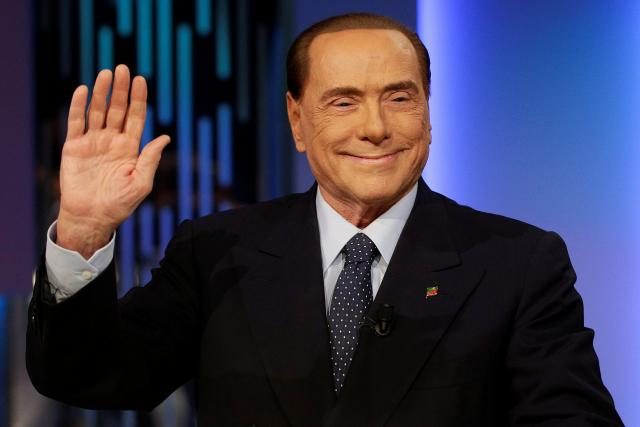 Ex AC Milan president, Silvio Berlusconi has come out to say that the only time AC Milan will be great again is when the club is handed back to him.

Stefano Pioli is trying to save Milan’s poor season after Marco Giampaolo’s dismissal, 7 games in before the international break.

Milan are currently 10 points off the pace this season and their last Scudetto win happened in 2010-11.

Silvio Berlusconi was in charge when Milan were crowned champions of Italy eight years ago before he sold the club to a Chinese consortium 2 years ago, even if Elliott Management eventually became owners after a failed debt repayment.

Speaking recently, Silvio believes only him can resurrect the club.

His words, “These are phrases someone should only say if he walks into the toilet and closes the door first,”

“As for how we get Milan back to being the great Milan of the past, that is simple, yet at the same time difficult to make happen: give the club back to Silvio Berlusconi.”

AC Milan CEO, Ivan Gazidis also had this to say, “We inherited a club that risked going bankrupt and could’ve dropped into Serie B like Parma and Fiorentina,”

“We found debts that took us out of cup competitions. We’ve had to face difficulties, that’s undeniable. The road is a difficult one, but we have to be patient. We’ll still make mistakes, but we’re determined.”

IBEE Celebrates the Introduction of Dedicated Hosting with a Brand New...