I Developed My Talent – Ali Baba 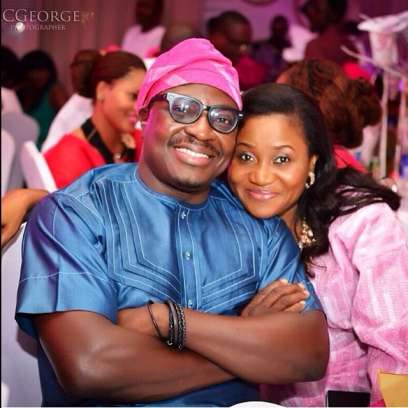 Popular comedian Alibaba has shared, to anyone that cares to listen, how he made his first million.

His words, “Since I discovered my talent, I have worked to see that a lot more could be done with it. My growth in the last 30 years has been in phases. The first phase was when I discovered my talent in Ekpoma (in Edo State) in 1998. Between that time and 1993, I had to convince my family that comedy what was what I wanted to do.

“I figured I had to build awareness and embrace opportunities; I had to promote my talent through television stations, night clubs, universities and newspaper houses. After so much promotion, by 1998, I had built some momentum, and the commercialisation of my comedy took place.

“In 1996, I joined Guinness to promote a brand and that was when I made my first N1m. It gave me the strength to continue and I realised that there was more to my talent. Between 1998 and 2003, I started commercialising comedy; I had to get an office, register my business, brand and network.

“In the fourth phase, I started diversifying by writing and speaking. I used to do stage plays as well, but I figured I wasn’t going to make as much money as I wanted (from it), so I devoted my time to stand-up comedy alone.

“Between 2008 and 2013, I realised it was time to consolidate my career. We had to build institutions, create structures and also work towards having a media empire. Within that time, I started organising my comedy shows. There was a need to reposition myself as the frontline comedian. In 2016, I performed comedy for six hours because I wanted something that would spread around the social media space,”

“When I came on the scene, I devoted my time fully to stand-up comedy. I continued to struggle in the career path because I knew I would make it a commercial success. And because of this, I had a head start. This could justify why people call me the father of stand-up comedy,”

See also  Obasanjo Did Not Make Me A Nigerian - Adams Oshiomole

Asked about his jokes about former President, Olusegun Obasanjo and the Ogun State-born politician never took it serious, he said, “The ex-President, Obasanjo, wasn’t just promoting me; he recognised stand-up comedy and gave it a boost. After a while, he got used to me and started recommending me for events he attended. A lot of state governors, who used to attend those presidential dinners, used to invite me to their events. For him to have the thick skin to accommodate my jokes about him made them feel comfortable with me.

“I felt comfortable performing in front of military men because I had done events for military chiefs like Sani Abacha, Ibrahim Babangida and Tunde Idiagbon. When I performed at military barracks, I could get away with some things because I knew the ropes. I studied the origin of stand-up comedy and I knew it started with the blacks. I knew how to tell jokes without offending anybody. I knew there was a thin line between being funny and being offensive.”