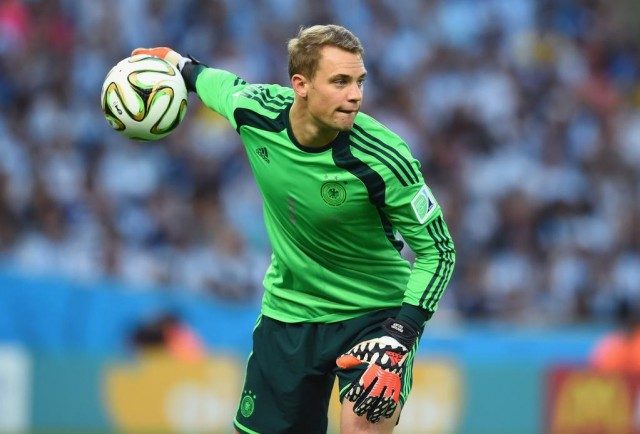 Germany goalkeeper, Manuel Neuer cannot imagine playing for any other club apart from Bayern Munich, but has said the quick pace of the business of modern football means nothing is impossible.

Rumor has it that Bayern has signed Neuer’s replacement with Schalke’s Alexander Nubel expected to join in the summer.

Even if Manuel knows Nubel would be an understudy for some time, he knows the game moves very quickly nowadays.

He added that he feels really good at Bayern right now.

His words, “I never said that I would end my career in Germany,”

“but I didn’t say I would leave Bayern either.

“At the moment I can’t imagine playing abroad, but I know the business is a fast-paced one. Maybe it will still grab me.

“I feel good in the region and in the surrounding area and would not necessarily want to go away.

“I would like to have a job later that challenges me in whatever role. I would like to stay involved in football and do something that inspires and excites me.”

On the new manager, Hansi Flick, “He’s been doing great so far,”

“He has a great connection to the team, speaks to things very clearly.

“[The defence] starts higher, and we have closer ties between the lines.

“We have access and a much closer connection to each other, communication is easier between the players and we can give instructions.

“This helps our game, we can put pressure on the opponents.”

Nigerians Should Learn To Live With One Another – Ibrahim Idris