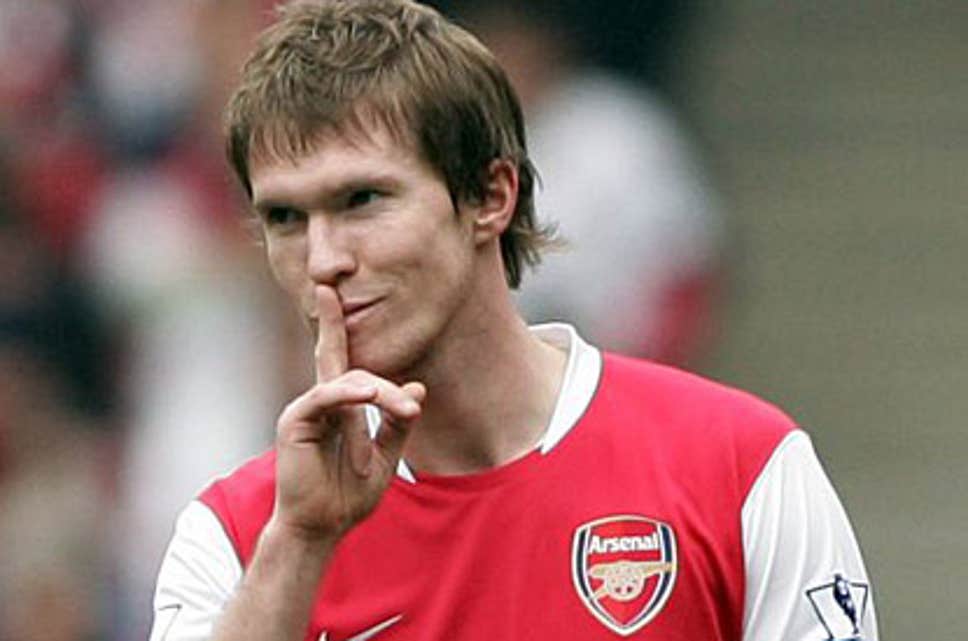 Ex-Arsenal star, Alexander Hleb has come out to say that it was a mistake to leave the club for Barcelona.

He recently revealed that he felt truly happy in london and joining Barcelona is a decision he regrets.

According to him, he still cannot understand why he made up his mind to head to Spain even if Barcelona was the best club in the world at the time.

He added that he made good friends at Arsenal, he loved working with the coach and the stadium was everything.

His words, “Many years later and I still think about it,”

“Of course, Barcelona in that moment was the best team in the world but I was really happy at Arsenal at the time. I had friends, I enjoyed the coach, I was playing for one of the best teams, the fans, the stadium, everything! The fantastic championship, the Premier League, everything!

“Why I left, I don’t understand. Barca, of course, were the best team at the time and everybody wants something to try but really I was 100 per cent happy at Arsenal.”

“I cried when I talked to Arsene [Wenger]. We talked in the holiday before I left and he told me he wanted to keep me and I was important. I cried. I didn’t know what to do in that moment.

“Of course, Barca is a fantastic team. I won titles and everything but I didn’t play as much as I did at Arsenal. This is only my mistake because at the time, a lot of things happened in my private life. I started very nervously [at Barcelona]. Always aggressive. It was only my mistake.

“This is not a situation where Guardiola didn’t trust me or something like that. No, this is only my mistake. At Arsenal I was happy, you know? When you’re happy in the team, you need to stay.

“Of course [I still think about my career]. When you’re young you think you have so many years but it’s really like one moment. It’s really quick. My children now ask me about [my career] and you explain your emotions and it’s nice, it’s very nice.”

Fasting And Prayer Will Not Improve The Economy – Yemi Osinbajo

God Will Disgrace Seriake Dickson Again If He Goes To Court...

50 KM Lafenwa-Ayetoro Road To Be Completed By December .

President Buhari Running His Government As A Sole Administrator – PDP