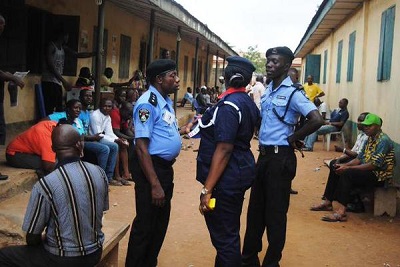 Five ad hoc officials of the Independent National Electoral Commission in Imo State were on Saturday arrested for thumb-printing ballot papers in the governorship rerun election in the state.

The officials were arrested at Omuma Primary School in Oru East local government area following an order by Mr Mike Igini, one of the Resident Electoral commissioners deployed in Imo for the election.

The Resident Electoral Commissioner in Imo, Dr Gabriel Ada, who confirmed the arrest, said the officials were already in police custody.

Ada said the ad hoc workers connived with agents of a political party to thumb-print ballot papers leading to their arrest.

In the same vein, the election has been cancelled in Ozuh Primary School, Omuma following the arrest of 25 persons claiming to be INEC officials by military men.

The arrested persons and the election materials in their possession were taken to the Oru East local government headquarters.