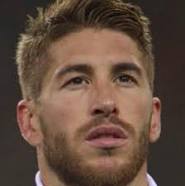 Victory for Zinedine Zidane’s side put them back in the driver’s seat in La Liga, two points clear of Barca and five ahead of Sevilla with a game still in hand. Inevitably, after the dust had settled on another weekend of action contributing to a fascinating season, the question on everyone’s lips was: where exactly would Real Madrid be in 2016-17 without Ramos?

One of the pro-Madrid dailies provided the math: in third place, was the answer. While the science behind such hypotheses is never fully satisfactory, there is an element of truth to the notion that Real would be nine points worse off without Ramos’ interventions: the majority of his seven Liga goals this season have proved decisive. The defender hit the equalisers against Villarreal and Barcelona and a late winner against Depor, before scoring both goals in the 2-1 win over Malaga and popping up to spare Keylor Navas’ blushes 10 minutes from time on Sunday.

Toni Kroos has been equally vital in this campaign, the German providing the lion’s share of the assists for Ramos’ headline-grabbing heroics. It could be claimed that without Kroos there would have been no dramatic comebacks but for the midfielder to provide the ammunition someone has to win the ball back and put it on his boot, or force the corner from where he has unerringly found his captain’s head so many times this season. It is always the result of a team effort but the team requires a leader, a player who instils belief that every hole the team collective digs for itself can be climbed out of. Ramos provides that security now more than ever.

With 12 games still to play Ramos has already beaten his previous scoring record for a Liga season by two goals and took his career tally for Real Madrid in the Spanish top flight to 49 against Betis. Under Zidane, Ramos has bagged 16 percent of his entire La Liga total and has clearly been given licence by his coach to roam forward at will when the situation requires it. That Ramos has a striker’s instinct is based on his early days at Sevilla, under the tutelage of former Blanquirrojo central defender and later director of the cantera at the Sanchez Pizjuan, Pablo Blanco.

“He was basically a striker when he came to us, or better put he was a player who could play anywhere on the pitch,” Blanco said in an interview with AS. “He had an amazing physical power that made him stand out in every facet of the game. He tackled, he passed, he scored the goals… we reconverted him to the point that when he moved up to the reserve side he was a central defender. But he played in pretty much every position because he is so good; he has a lot of skill and above all personality. He always wants to win.”

This season Ramos has excelled in that respect. From the opening game of the season against his old club in the European Super Cup, where he scored in the 93rd minute to take the game into extra time, to Sunday when he bailed out his stuttering side with another decisive goal. Cristiano Ronaldo’s equaliser against Betis took him to the top of the charts for headed goals by active players in La Liga but even the Portuguese would be obliged to defer to Ramos in terms of finding the perfect moment to apply a head to a lingering problem.

See also  Fatherhood Has Helped Me To Cope With Defeat - Messi

Carlo Ancelotti was also an admirer of Ramos’ versatility. After successfully deploying him in midfield in a victory over Atletico Madrid, Ancelotti said: “He can play in any position. I promised him that one day I’ll play him up front, which is what he loves most.”

Zidane is currently reaping the benefits of his captain’s singular skill set as Real close in on a first Liga title since 2011-12. Ramos has already secured his place in Real Madrid history with his goals in the 2014 and 2016 Champions League finals but if his side go on to win the league this season it will be rightly remembered as a triumph inspired by the will of the club captain over 38 games.

As Fernando Hierro, La Liga’s all-time highest-scoring defender with 105 strikes, said after the Lisbon final: “Sergio Ramos has everything in his hands to become the greatest defender in the history of Real Madrid.”

He is certainly a shoo-in for player of the season at the Bernabeu, in a campaign that could yet end in a domestic and European double.

Mendy’s Success Is Down To Hard Work And Attitude – Cech

British Boom in Self Employment