Daddy Showkey managed to retain some of his humor while narrating a moment when he was beaten by some security guards who accused him of stealing a German Shepherd breed of dog.

The singer explained in an interview with Punch News that he was attending a job interview at a security company recommended by his cousin at the time.

Upon getting to the venue, the officials accused him of stealing the animal after checking his application and discovered that he was from Ajegunle, an area prominent for its notoriety.

His shabby treatment in the hands of the company’s staff was all the motivation he needed to decide that he wasn’t going to work for anybody.

“I had a cousin who was working with a security company and anytime she came to my mother’s house, she noticed that I was always singing.

“She then called me one day and told me that she would want me to come and work in her company because I looked strong physically.

“She took it upon herself to write an application letter to the company which was at Tin Can Island.

“The next day, she told me to go to the company because they were expecting me for an interview.

“When I got there, they checked my application letter and they realised that I was from Ajegunle and that made them have a wrong notion about me.

“The next thing I was told was that their guard dog was missing. They approached me and asked me if I stole the dog.

“I told them that I did not steal any dog and I was scared of dogs. At the time, I did not know that there were different species of dogs.

“Then, I was informed that their German Shepherd was missing. I kept asking what a German shepherd was and before I knew what was happening, they had beaten me blue black.

“They later took me to Apapa Police Station. When we got there, I was fortunate enough to meet a police woman who knew me because I used to do acrobatics with my friends at the market.

“Immediately she saw me, she said that I was not a thief and explained to her peers that I normally did acrobatics at the marketplace and people used to give me money.

“As we were discussing, one of the staff of the company ran to the police station to inform the manager that they had seen the dog and that it was one of the guards that took it for a walk.

“I still kept asking what a German shepherd was and when they took me back to the company and showed me the dog, I was scared because the dog was as big as a ram and it was fierce-looking.

“On that day, I swore with my life that I would never work for anybody.”

It has been quite a transition for the veteran singer whose major music exploits lasted till the late nineties.

He is most popular for his song titled ‘Call my name’, which used to be a sort of an anthem among fans of Nigerian music at the time. 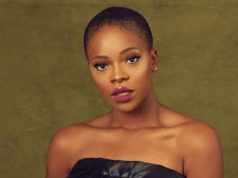 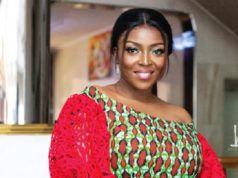 God Has Been So Amazing To Me – Yvonne Okoro

I Cannot Guarantee Rescue Of The Chibok Girls But My Govt....

Obafemi Martins Walks The Steets With His Baby